After supplies expanded 1.4 million barrels the previous week, this latest report marks the eighth straight week of inventory increases, and the largest week-over-week boost since late January. A combination of fewer refinery inputs and more imports were the main drivers for this most recent rise. But despite the hike, overall inventories are still down 3.6% in the past 12 months. 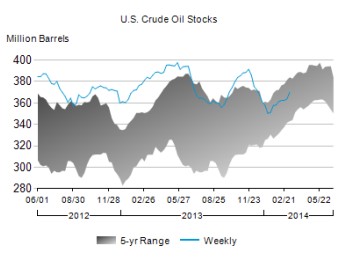 While oil supplies soared, gasoline inventories shrank 5.2 million barrels (2.3%) after falling 1.6 million barrels the week before. Demand for motor gasoline during the last four-week period is down a seasonally adjusted 0.3%. In the last year, supplies have fallen a slight 0.2%.

During the past week, average retail gasoline pump prices increased $0.03 to $3.51 per gallon. 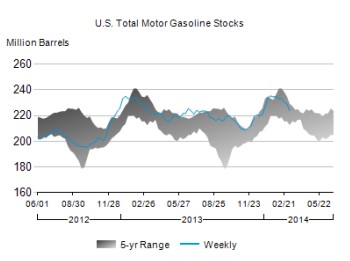 Distillates supplies, which include diesel and heating oil, fell by 0.5 million barrels (0.5%) for the first dip since Valentine's Day. Distillates demand for the last four weeks is down a seasonally adjusted 0.2%. In the past year, distillates inventories have dropped 5.4%. 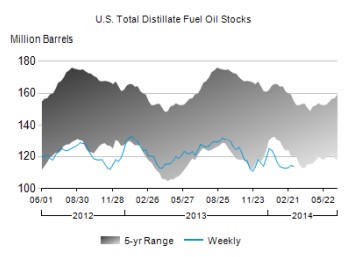