If you have been observing the earnings reports of some of the major retailers in recent months, you probably noticed that several companies have arrived at the same conclusion: consumers' spending habits are starting to change drastically.

Athletic footwear, apparel, and accessories maker Nike (NYSE:NKE), as well as coffee and bakery retailer Starbucks (NASDAQ:SBUX), noted a similar shift in consumer spending over the busy 2013 holiday shopping season. More importantly, both companies prepared well in advance for the change in spending and are now positioned to benefit. 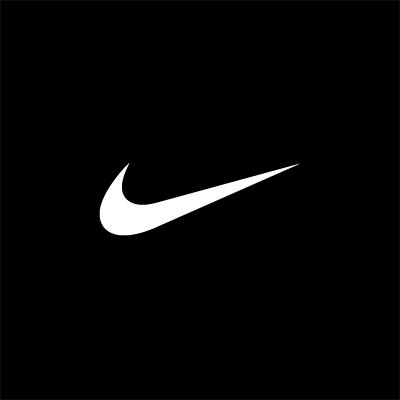 Change in spending habits
The remarks from Nike's and Starbucks' management teams are particularly interesting because they were so similar in nature. This, of course, means that the trend changes noted by both companies are widespread and happening across the country.

The overall trend is an easy one to understand: Consumers are moving away from physical purchases and toward various forms of digital spending. The start of this trend began with the rise of e-commerce giant Amazon.com (NASDAQ:AMZN). Amazon drastically changed the retail landscape with its constantly evolving purchase platforms like the company's Prime service. It continues attempting to reinvent shopping with ideas like same-day delivery and even drone parcel deliveries of the future.

The impact that dominant e-commerce companies like Amazon, as well as increasing advances in technology, have had on consumer spending is profound. Not surprisingly, traditional retailers like Nike and Starbucks are experiencing the effects.

Starbucks President and Chief Executive Officer Howard Schultz explained the transition perfectly on the company's latest earnings conference call: "Holiday 2013 was the first in which many traditional bricks and mortar retailers experienced in-store foot traffic give way to online shopping in a major way. Customers research, compare prices and then bought the brands and items they wanted online, frequently using a mobile device to do so."

Meanwhile Nike President and Chief Executive Officer Mark Parker stated during a recent interview with CNBC: "Obviously there's a huge appetite from a consumer standpoint for...e-commerce, digitally based commerce...We'll see that continue. This holiday was a great example of how the consumer is shifting, not only to digital but mobile-based digital commerce."

Capitalizing on the trend
Simply noticing the trend would be useless to Nike and Starbucks if the companies were not prepared to capitalize. Lucky for investors, management teams at both retailers have been embracing the change for a while and have positioned their companies to benefit well into the future.

Nike has been aggressively building its e-commerce business over the years; the segment grew revenue a staggering 33% in the most recently reported quarter. However, there is still substantial room for growth, as e-commerce only represents 15% of Nike's total direct-to-consumer business.

CEO Parker explained, "We also expanded our nike.com footprint in the quarter, launching sites in Japan, the world's third-largest e-commerce market, and in Brazil, further extending our commercial reach for consumers in this key growth market."

Starbucks has also done well to capitalize on the changes in consumer behavior. The company has invested heavily in digital/mobile spending solutions over the years.

However, the largest benefit of digital spending for Starbucks is that many of the consumers that use gift cards on location are new customers. These people are also likely to return to Starbucks in the future.

Not surprisingly, the digital initiatives at Nike and Starbucks are a big reason why the companies have been successful at growing solidly over the years despite their already large global footprints. The following is a breakdown of both companies' projected growth for 2014:

Bottom line
Consumers' changing spending habits have been well documented for years now -- ever since Amazon revolutionized e-commerce more than a decade ago. However, what is not as well know is the way in which innovative retailers like Nike and Starbucks are evolving and capitalizing on the seemingly unstoppable trend.

With incredibly strong global brands and loyal consumer bases, Nike and Starbucks were already two of the best long-term growth investments. However, thanks to forward-looking management teams, both companies are now better protected and prepared for the future of retail.