Microsoft (NASDAQ:MSFT) is likely on the verge of releasing an app version of Office for Apple's (NASDAQ:AAPL) iPad and revamping Office for Mac after four years of letting it sit. Neither one of these moves is revolutionary for Microsoft, but both show the company can tap rival platforms to keep its Office suite relevant -- and the time is right. 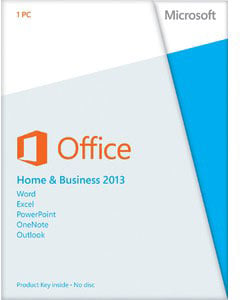 Old idea, new approach
Microsoft is, at its core, a software company, so releasing Office for iPad seems like a logical move. But the company dragged its feet to release the app suite, which has been a huge mistake for Microsoft.

iPad users who may have wanted to use Office have had to move on. Meanwhile, Apple's tablet has continued to gain more enterprise market share, the exact customers Microsoft needs.

In addition to launching Office for iPad, releasing the first new version of Office for Mac in four years is a smart and old-school move by Microsoft. It's an acknowledgment that some of its customers are Apple loyalists, but customers no less.

What investors should know
In the fiscal second quarter 2014, Office revenue to the consumer market was down 24% year over year. The company said 16% of the drop came from people switching to subscription Office 365 plans. Even with that transition to subscription plans, the remaining 8% drop still outpaced growth from the shrinking PC market.

Apple's MacBook sales are outpacing the PC market as well, so updating Office for the Mac platform makes a lot of sense. While PC's decline, Microsoft can still benefit from Apple increasing its worldwide PC market share.

Here's a look from recent Canalys numbers showing Apple's worldwide PC and tablet shipments compared to some of the top PC makers. 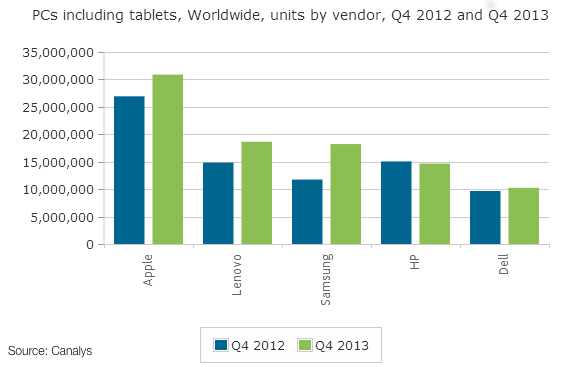 In the Q4 2013, Apple held about one-third of the worldwide tablet market share, up from about 27% year over year. So Apple is making gains in both the PC market and tablet market, and Microsoft can benefit by updating and bringing its Office suite to both of Apple's platforms.

Microsoft has seen a lot changes lately, including its focus on devices and services, its pending acquisition of Nokia, and a new CEO. Compared to all of that, launching Office for iPad and an updated Office for Mac version seems insignificant. But investors should remember that Microsoft's Office is a tried-and-true way of generating revenue and expanding its reach should be nothing but a win for the company.

Office for iPad won't deter customers from buying Surface tablets if that's what they really want, and releasing a new Mac version of Office will simply continue tapping a segment of the PC market that's actually growing. These two new moves will help Microsoft remain one of the dominant productivity software companies in the world but the company needs to move now, before users decide Office can be replaced for good.