Two weeks ago we took a closer look at the under-the-radar world of corporate subsidies and discovered that despite a large number of subsidies being issued by state and local governments, which often take the form of preferential tax treatment, the majority of subsidy dollars head to America's largest companies.

On the surface that might not seem perfectly fair, but there are good points to be made in favor of corporate subsidies. Primarily, subsidies help to incentivize businesses to stay within or relocate to a particular state, which can bring steady jobs and a consumer-driven boost to that states' economy. Since consumption drives GDP growth, maintaining low unemployment is paramount for all states -- thus the advantage of offering subsidies to drive growth. 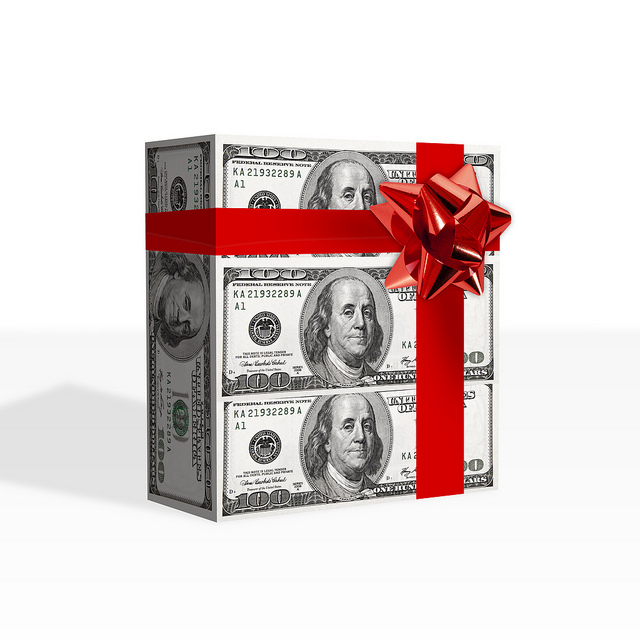 Today we're going to take a closer look at the five largest corporate subsidy megadeals over the past decade. While receiving a subsidy shouldn't be the sole reason you purchase stock in a particular company, the ability to garner subsidies demonstrates the importance of that company on a local or state economy. In addition, subsidies often have positive multi-year benefits on a company's profits which is good news for shareholders.

Here are the five largest corporate subsidy deals based on research provided by Good Jobs First (link opens a PDF):

No. 5: Cheniere Energy (NYSEMKT:LNG), $1.69 billion (2010)
Logging the biggest deal in the energy sector is Cheniere Energy, which garnered $1.69 billion in property tax breaks and other subsidies from the state of Louisiana to construct the Sabine Pass natural gas liquefaction plant. Cheniere's goal is to provide a bi-directional doorway to transport liquid natural gas out of the country based on a number of key domestic shale findings while also providing a gateway for foreign-produced LNG to be turned back into a gas. Cheniere was clearly able to use Louisiana's central proximity to the Gulf Coast and export terminals to its advantage when garnering these tax breaks. Overall, Good Jobs First notes that this deal created 225 jobs, making it the costliest subsidy per employee of any megadeal (i.e., worth more than $75 million) in the United States.

No. 4: Intel (NASDAQ:INTC), $2 billion (2004)
The world's largest PC chipmaker Intel comes in at No. 4, with an estimated $2 billion property tax abatement from the state of New Mexico for additions to its existing manufacturing plant within the state. Although no specific number of jobs was cited as retained or created from the expansion, Intel has been a fixture in New Mexico since it first received a property tax abatement for building a manufacturing facility in 1993. With Intel having to spend heavily on R&D to develop the next generation of mobile and cloud processing chips this tax break is probably coming in quite handy.

No. 3: Nike (NYSE:NKE), $2.02 billion (2012)
Sometimes subsidies aren't offered to lure businesses to a state but are instead dangled like bait to keep a company within a state. That's exactly what happened to footwear and accessories company Nike, which threatened to leave Oregon if the state didn't provide some form of incentive to stay. The end result was a $2.02 billion tax break over the course of 30 years. This single sales factor tax, which allows Nike to easily calculate out its corporate taxes, could actually wind up saving it well in excess of $2.02 billion because this calculation was made with the assumption that its profits would remain stagnant, which is highly unlikely. The overall deal will save 500 jobs and should help pad Nike's bottom-line for decades to come.

No. 2: Boeing (NYSE:BA), $3.24 billion (2003)
Aircraft manufacturer Boeing holds the unique distinction of being awarded the largest tax break by a single state in U.S. history, with its late 2003 deal with the state of Washington giving it multiple tax breaks equating out to $3.2 billion. Boeing was also granted $10 million for a workforce training center and had a $34 million infrastructure investment kicked in by the Port of Everett. As of Feb. 27, according to Boeing, it employed 81,276 people within Washington state, so this appears to be money well spent. Not to mention that these tax breaks also help Boeing report more sizable profits.

No. 1: Alcoa (NYSE:AA), $5.6 billion (2007)
But, the biggest corporate subsidy of all goes to U.S. steel producer Alcoa, which, in 2007, was granted 30 years of discounted electricity usage from the state of New York, which The Buffalo News suggested would save the steelmaker $185 million annually, or $5.6 billion over the life of the discounted energy rates. In return for only paying about one-quarter of the standard electric rate, Alcoa agreed to invest $600 million in its Massena facility and pledged to not eliminate 165 jobs that were potentially on the chopping block. Given how highly competitive the prices of imported steel can be from foreign markets, deals like this allow Alcoa to remain competitive and often profitable.