As technology advances and the ways in which viewers can consume content on a daily basis multiply, so too does the demand for original and compelling content. The media companies that engage directly in the creation of content remain interesting investments for the long term since they have a product that will remain in high demand long into the future.

These companies are few in number, and investors interested in gaining exposure to the industry have limited options. One of the smallest public companies in the space, Starz (NASDAQ:STRZA), is an interesting alternative to larger and more popular companies like AMC Networks (NASDAQ:AMCX). 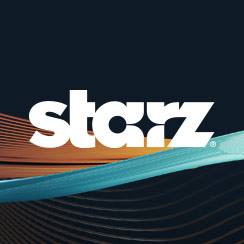 Exciting new content
No matter how large a media company's subscriber base is, it means very little if the content can't capture and retain viewers on a regular basis. To this end, management at Starz has been aggressive in developing new programming.

Hot on the heels of Black Sails' early success is the second season of the company's DaVinci's Demons, created and produced by David Goyer. The show's second season is scheduled for a March 22 premiere. This should be another big event for Starz as the show premiered last year to 2.14 million viewers in multiple airings, which was an all-time high at the time for Starz.

However, the aforementioned results from management indicate that the company is off to a fantastic start. Starz also has another high profile but non-drama related show in its pipeline as well. The series is a LeBron James-produced comedy entitled Survivor's Remorse, which should appeal to a whole new type of viewer.

Bottom line
While the constant demand to create new and compelling content is a tough challenge to meet, it also means that the few companies that are capable of doing it consistently remain very unique in the investing landscape.

AMC Networks and Starz are both excellent creators of original content. As a premium cable service, Starz has an impressive subscriber base despite the company's small size. With an influx of new and exciting shows, demand for the company's networks is sure to only grow in the future.