Please ensure Javascript is enabled for purposes of website accessibility
Free Article Join Over 1 Million Premium Members And Get More In-Depth Stock Guidance and Research
By Brett Gold - Mar 15, 2014 at 10:10AM

With the Olympics over, NBC is ready to launch its spring Sunday lineup this weekend. But while 'Believe' and 'Crisis' are both strong series, will that be enough to get audiences to commit?

Sunday nights have become the new "it" night for TV, but if you're a network without one of those "must-watch" shows it's not easy to break into the mix. This Sunday, NBC (a subsidiary of Comcast ( CMCSA 0.54% )) is going to attempt to do just that, but the odds don't look to be in its favor.

AMC's The Walking Dead, HBO's True Detective, PBS' Downton Abbey, and Showtime's Shameless are just a few of the shows that have thrived on Sunday nights this winter, and that's not counting broadcast series like Fox's Family Guy and CBS' The Good Wife. In other words, it's a stacked deck and audiences have clearly picked favorites.

For NBC, while the network is bulletproof in the fall thanks to the highly successful (and profitable) Sunday Night Football franchise, come spring it's vulnerable. For the past few years NBC's business model has been football in the fall and Celebrity Apprentice in the spring. Yet with Donald Trump becoming increasingly polarizing, NBC hedged this season and decided on a new approach that could prove just as risky. 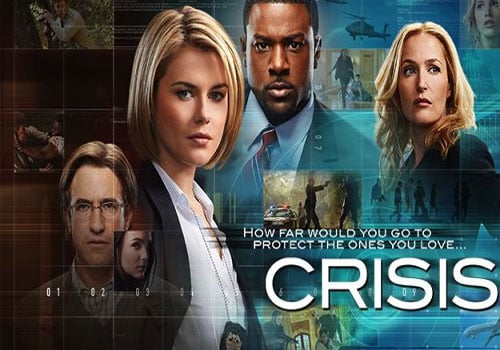 The network will launch Believe and Crisis, two new scripted dramas back-to-back starting this Sunday. Both have star power in front of the camera and behind it, but both are highly serialized and require a time commitment from audiences. That's asking a lot of viewers who are already gun shy about getting involved with new shows because executives have itchy trigger fingers and they aren't shy about canceling a series.

Believe comes from J.J. Abrams (Lost) and Alfonso Cuaron (Gravity) and centers on a mysterious group charged with protecting a young girl with special powers. Crisis is more celeb-driven with Gillian Anderson (The X Files) and Dermott Mulroney (My Best Friend's Wedding) among its more well-known names. The drama looks at the calculated kidnapping of a group of students at a prestigious D.C. area school and the impact it has on some of their very influential family members. Both are quality series and in any other situation would likely find a following. However it's hard enough to get audiences to commit to one open-ended event-type series, much less two.

Now it's certainly not impossible to break through on a busy night, but this is going to be tough for NBC. While True Detective and Downton Abbey have wrapped for the season, Game of Thrones is just weeks away from debuting, as is Mad Men. In addition The Walking Dead is still going strong and The Good Wife is in the middle of a three-part game-changing storyline. You also have to take into account the shocking success of ABC's Resurrection, which last Sunday bowed to 13.5 million viewers and a 3.8 rating in the coveted 18-49 demo.

Resurrection's success is an outlier in this scenario though as the show was backed by a well-received marketing and PR campaign and was sandwiched between two popular established shows that were coming back after a long break. It was the perfect storm of opportunity and despite huge competition it worked. Those numbers will likely drop in week two, but regardless it was an impressive debut.

NBC gave Believe a sneak preview airing last Monday with The Voice as its lead-in and drew a solid 10 million viewers. In order to stack the deck, the network will air a Voice special this Sunday prior to Believe that recaps the best of the blind auditions to help ease the transition. Yet if you missed Monday's Believe premiere you need to either tune in Saturday night for the replay or go online and catch it earlier because Sunday's episode is brand new.

Personally, I've never been sold on the "preview" approach because the pilot of a show is so important (especially for a serialized series) and if audiences miss it they may not want to try and jump in with the next episode. NBC loves the preview approach though and did it with a number of top shows last season during the Summer Olympics. Remember though that while all three "sneaked" shows were high profile, none lasted the season.

NBC has had better luck so far with its winter previews of About a Boy and Growing up Fisher, but the network also did an about-face and reran both pilots during the shows' timeslot debuts instead of going with new episodes. The move worked initially as Boy ended up pulling the same ratings in both slots and has been respectable in the weeks since, while Fisher has slipped but continues to win its timeslot in the demo.

Heading into a crowded field Sunday evening, do you believe in Crisis? Will the ratings be a crisis for Believe? Are there enough viewers left over after all those strong competitors to build a Sunday night audience, and if not, will viewers have enough room on their DVRs for these upstarts? And why can't the networks spread out the good shows a little?

All these questions will begin to be answered Sunday night.