These two beer companies are celebrating equal rights for all. Here's how.‘China’

Last week, the Boston Beer Co. ( SAM 1.28% ) was simultaneously hailed and hated for its last-minute pull-out of Boston's St. Patrick's Day Parade. The beer maker made the move to show solidarity with a censored LGBT community, and Heineken's done the same in New York. With more at stake than a good buzz, here's why staying sober might be the smartest move today.

Boston Beer Co. decided to bow out of Boston's St. Paddy's Day Parade after organizers banned any outward signs of sexual orientation. While coordinators have no problem with the LGBT community partaking in the parade, they do have a problem with anyone showing a hint of sexuality .

With New York's St. Patrick's Day parade kicking off today, Heineken took a hint and pulled its own sponsorship from the Big Apple event. Speaking to CNBC, a Heineken spokesperson put it simply: "We believe in equality for all. We are no longer a sponsor of Monday's parade ." 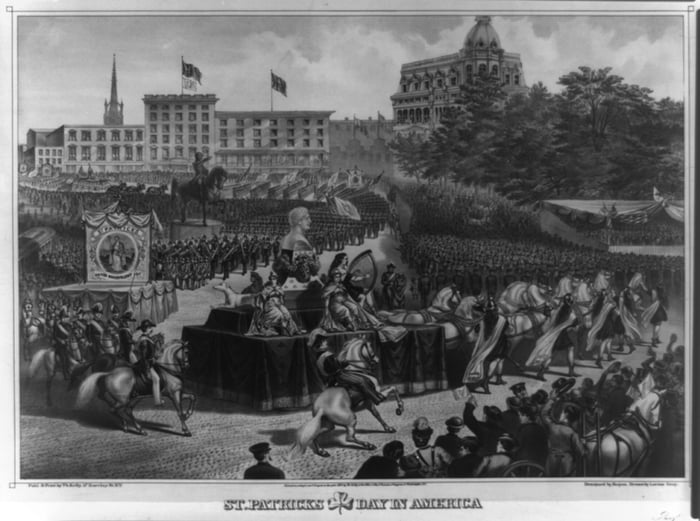 We're not in Russia, anymore

Boston Beer Co.'s and Heineken's bow-outs mark them as more flexible corporations than Olympics sponsors The Coca-Cola Company ( KO -0.38% ) and McDonald's Corp. ( MCD -0.13% ). Despite intense lobbying by gay rights activists around the world to boycott the games on account of anti-gay laws in Russia, the two corporations decided to stick with their Sochi Olympics sponsorships.

The two "major sponsors" paid around $100 million each for the privilege to plaster their name around Sochi, not to mention the megabucks each company spends on marketing. Institute for Management Development Business School President Dominique Turpin pegs advertising expenditures at three to four times sponsorship fees . That means that Coke and Mickey D's each had around $350 million on the line .

So when both The Coca-Cola Company and McDonald's Corp. saw their own plastering being plastered, it effectively turned their arrangement against them .

Despite The Coca-Cola Company's statements that "[we] value and celebrate diversity," "we do not condone tolerance," and "[we] have advocated for inclusion and diversity through both our policies and practices ," the beverage company felt major backlash from its backing.

As part of its campaign, the Coca-Cola Company created a website where virtual visitors could create personalized Coke cans. But when it was revealed that users couldn't create a can with the word "gay" ("straight" was OK), the company called the campaign quits .

McDonald's had planned to herald the Olympics on Twitter with a hashtag #CheersSochi send-off, but its social media efforts were speedily squashed. Rather than serving as a salute to Olympians, McDonald's found its own invention usurped by gay rights activists making a public protest of the fast food company's sponsorship. McDonald's gave up on the idea, giving its hashtag a permanent hiatus .

One size fits all

While the St. Patrick's Day scandal is staunchly embedded in LGBT rights, corporations should be increasingly aware that offending any demographic can have serious repercussions for an entire customer base. Lululemon Athletica ( LULU -2.06% ) dug itself a deep hole this year as founder Dennis "Chip" Wilson continually mixed personal opinion with public relations. In defense of his company's defective see-through yoga pants, Wilson's comment that "Frankly, some women's bodies just don't actually work," set fire to consumer sentiment . Lululemon's target audience may have no trouble at all squeezing into its form-fitting pants, but hinting that others might not be as flexible is an easy way to make enemies in an increasingly competitive market .

While financial figures are near-impossible to gauge for these kinds of gaffes, it's obvious that Lululemon was worried. Worried enough for both the chief product manager and Wilson himself to step down following the scandal .

Heineken and Boston Beer Co. saw a public relations rollercoaster in the making, and got off the ride before it even started. In a world of increasingly blurred lines separating politics from corporations from communities, these two beer companies found themselves at a fundamental fork in the road – and they dared to take the one less traveled.

Economically, who knows who came out ahead. The Coca-Cola Company and McDonald's Corp. might've still made millions off of Sochi, while Lululemon management's a mess and a sober St. Patrick's Day might put celebrators in sour spirits. Regardless, this latest move signals a new stretch for corporate social responsibility – and I'll drink to that.

Stock Market Power Rankings: Down Is the New Up

Stock Market Power Rankings: Amazon Takes Control
Can McDonald's Corporation's Turn Its Fortunes Around?
The Top 10 Burger Joints Have One Common Trait (And it's Changing the Restaurant Industry)