Freddie Mac released its weekly update on national mortgage rates on Thursday morning, and after last week's sharp bounce up, today we're seeing rates ease right back down again -- nearly across the board.

Both 30-year fixed-rate mortgages (FRMs) and 15-year FRMs dropped over the past week, with 30-year FRMs shedding five basis points to fall to 4.32%, while 15-year FRMs gave back all of last week's six-basis-point gain to return to the 3.32% level of two weeks ago.

5/1 adjustable-rate mortgage (ARM) rates reacted even more abruptly, returning to levels last in 2013 as they fell seven basis points to 3.02%. Only 1-year ARMs got more expensive, blipping up a single b.p. to reach 2.49%.

Freddie Mac vice president and chief economist Frank Nothaft  pointed to a modest decline in housing starts as one explanation for the weakness in rates -- but also warned homebuyers that with interest rates on 10-year U.S. Treasuries rising following Wednesday's Fed announcement, we could see mortgage rates move higher in tandem.

In short -- if mortgages got a bit cheaper last week, they could get a bit more expensive over the week to come. 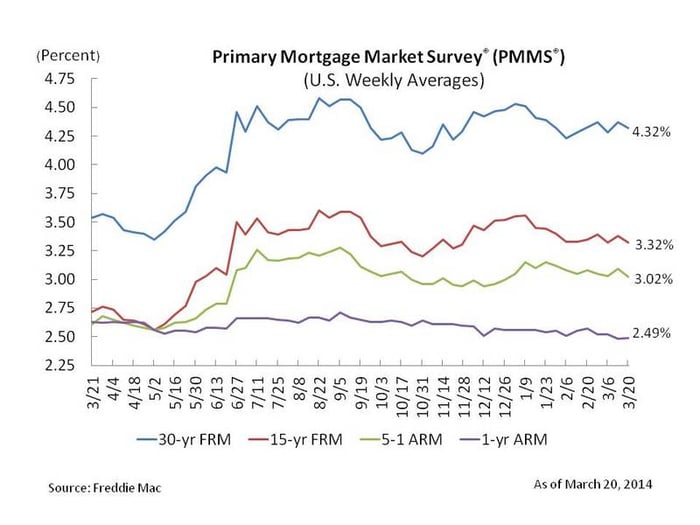