Please ensure Javascript is enabled for purposes of website accessibility
Free Article Join Over 1 Million Premium Members And Get More In-Depth Stock Guidance and Research
By Dave Koppenheffer - Mar 22, 2014 at 10:00AM

Loyal and engaged customers are the most valuable to banks. With branch visit declining these banks have gotten creative on a new platform.

According to Gallup research, banking customers can be broken into four major categories. At one end of the spectrum are the fully engaged; at the other, the actively disengaged.

Fully engaged customers are the most loyal and hold a greater emotional attachment to their bank. These customers, Gallup found, are worth $400 more per years than their actively disengaged brethren. This spread more than doubles for affluent customers. 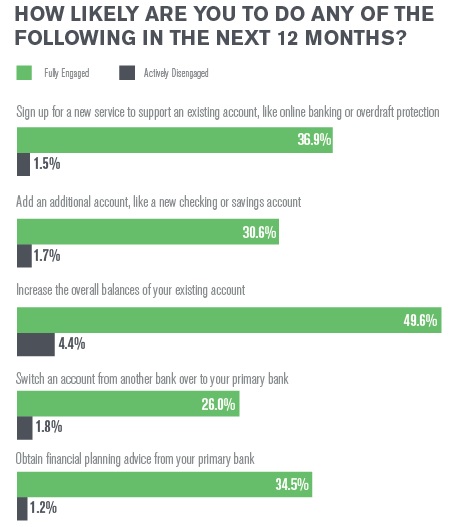 These customers are extremely important to banks like Bank of America ( BAC 1.27% ), Wells Fargo ( WFC 2.95% ), and US Bancorp ( USB 1.42% ). There is, however, a catch. Loyalty is built through interaction. With branch visits on the steady decline this leaves banks scrambling to find a new way to engage customers.

The emerging role of social media
Currently, a very small portion of banking customers interact with their bank via social media. While this is a unique customer base, according to Gallup, it represents an important population.

Gallup noted that of the 9% of customer that interact with their bank through social media, roughly half are "younger (91% are either Gen X or Gen Y) and more affluent." In fact, the survey suggested, "they are 18% more likely to be emerging affluent (age 35 or under with incomes over $75K/year)."

More incredibly, these customers hold a much stronger emotional connection to their bank. Gallup suggested, "This 4% slice of customers... [are] roughly twice as likely to believe that their bank is the only company they need to use for all their financial needs."

Turns out it's a whole lot more than I would have guessed. The potential for social media is enormous, and banks are starting to dedicate an appropriate amount of resources. Wells Fargo and Bank of America, unsurprisingly, are well ahead of the smaller US Bank.

What's the social media strategy?
There are three angles banks take when it comes to utilizing social media. These are:

The first option is fairly self-explanatory. If you have a question, comment, or concern, there's @AskUSBank, @Ask_WellsFargo, and @BofA_Help. 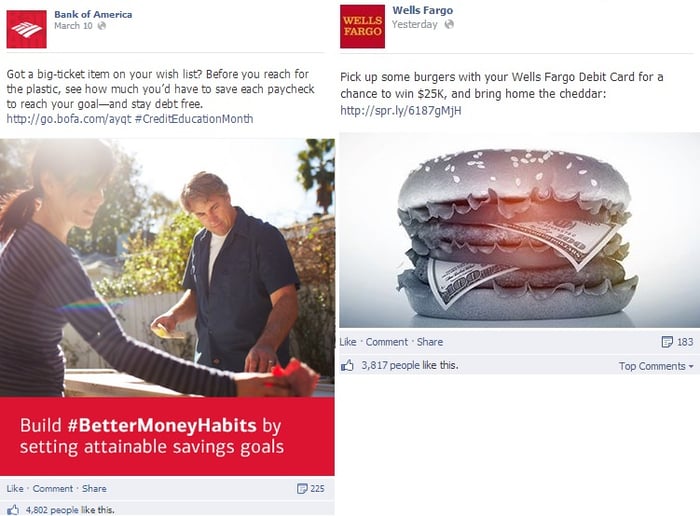 #BottomLine
Big banks can't compete with the higher interest rates online banks are offering. However, if these banks can develop relationships that garner emotional attachments, for many, that's well worth the lower interest rate on their deposits.

While it's still unclear whether social media will play an increasingly role in the relationship building aspect of banking, it certainly looks like the most viable option.

For investors, finding banks that can develop relationships without customers ever needing to step inside a physical bank is a huge competitive advantage. This is also a great sign the bank can adapt to the ever-changing environment. As it standing right now, Bank of America seems to be getting the most traction.