Please ensure Javascript is enabled for purposes of website accessibility
Free Article Join Over 1 Million Premium Members And Get More In-Depth Stock Guidance and Research
By Chris Neiger - Mar 22, 2014 at 11:00AM 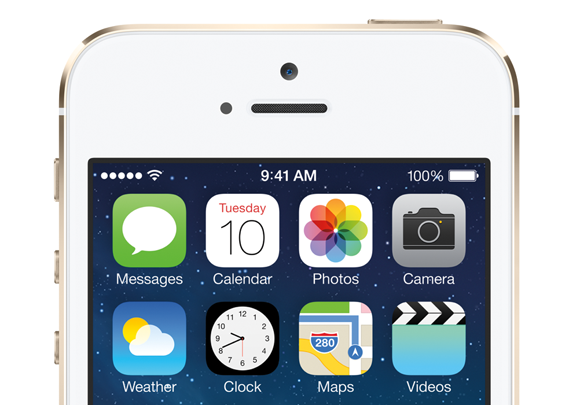 China Mobile ( CHL ) has added about 1 million new iPhone users since the Apple ( AAPL 3.55% ) device was launched on its network about a month ago. But is that number something investors should be happy with?

In the first month the iPhone 4S went on sale on China Telecom, the company received about 200,000 pre-orders of the device. This was about two years ago, when China Unicom had previously been the exclusive carrier of the iPhone in China for 18 months. China Mobile received about 1.2 million iPhone pre-orders as of last month.

So compared to China Telecom's iPhone launch two years earlier, 1 million new customers for the device is definitely a win for Apple and China Mobile. China Telecom had about 129 million subscribers at the time, so the comparison isn't exactly the same. But that shouldn't matter all that much to Apple investors. A new iPhone customer is still a new iPhone customer, regardless of how many total subscribers a network has.

Let's take a quick look at two other comparisons: Less than a month after the iPhone 5 launched on T-Mobile's network, the company had sold about 500,000 devices. In the first quarter that Sprint started selling the iPhone in 2011, the company moved about 1.8 million of the devices. While Sprint and T-Mobile feature much smaller networks than China Mobile's massive 776 million subscriber base, this still gives some comparison as to how quickly China Mobile is adding new iPhone subscribers compared to these two U,S, networks.

If we look at analyst estimates for how many iPhones Apple is expected to sell this year through China Mobile, we get similar good news. Estimates for China Mobile iPhone sales in 2014 vary between 15 million and 30 million. That's quite a gap, but the 1 million new customers to date fits well within those projections. Consider that Apple will likely release an iPhone 6 in this fiscal year, and new flagship iPhones always provides a substantial bump in sales.

Not only is Apple expected to release one new device, but two new iPhones, both with larger screens, are expected to debut. The Wall Street Journal reported that one of the new screen sizes will be larger than 4.5 inches and the other bigger than 5 inches. Those are substantially bigger than Apple's current 5s screen size, which is just 4 inches. Those bigger screens could eventually help Apple tackle the higher end of the China sales estimates.

Apple also just debuted a new cheaper 8 GB iPhone 5c in China and a few other counties. The new model should also help strengthen sales in China by offering a slightly less expensive iPhone that can still run on the nation's new LTE networks. This could be a good incentive for iPhone 4S users in the country who can tap into China's growing LTE network.

Investors should be pleased with the initial China Mobile iPhone subscriber numbers, but should look to the figures for the first full quarter to gauge how well the iPhone is doing on the network. With Apple just launching a cheaper 8 GB 5c version in the country and the possibility of two new larger iPhones debuting later this year, the company is doing plenty to keep customers interested in the iPhone lineup.