There has been a war brewing for some time between media giants The Walt Disney Company (NYSE:DIS) and Time Warner (NYSE:TWX), and it is rather "super" in nature. Both companies have significant superhero entertainment divisions, each stocked with a robust lineup of characters and story arcs.

While Disney's Marvel unit has gotten off to a much more successful start in the battle of the blockbusters, Time Warner's DC unit made some serious strides in recent years in an attempt to catch up. Finally, the battle appears to be coming to a head with the recent announcement that Marvel and DC are set to collide at the box office on May 6, 2016 in a showdown of epic proportions.

May 6, 2016
On Jan. 17 of this year, Time Warner's film studio Warner Brothers announced that it would push back the release date of the much anticipated Batman vs. Superman movie by 10 months from to July 17, 2015 to May 6, 2016. The studio said this would provide "the filmmakers time to realize fully their vision, given the complex visual nature of the story."

While the studio only recently moved its release date for Batman vs. Superman to May 6, 2016, Marvel Studios had settled on the date a while ago. In June of last year, Disney announced two unspecified Phase 3 Marvel movies for 2016 and 2017.

A recent IGN interview with Kevin Feige, President of Production at Marvel Studios, clarified that Disney would not back off from the May 6, 2016 showdown. In fact, Feige seemed to embrace the competition, stating, "The more the merrier." 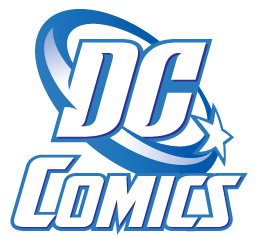 The showdown
Since Disney picked the May 6, 2016 release date well ahead of Time Warner, it looks very much like the latter company will try to prove a point with its Batman vs. Superman movie.

This is a smart move for Time Warner, as the company has been playing catch-up in the superhero race. For the most part, recent Marvel movies have out-grossed recent DC movies. This table provides a breakdown of each company's most recent releases and their box office performances:

As the data above indicates, Marvel has enjoyed far more success at the box office than DC has in recent years. However, that may be about to change in 2016.

Even though we do not yet know the official details on the mystery Phase 3 movie, it is safe to assume that Batman vs. Superman is probably the more anticipated movie, considering that both characters are likely the two most recognizable superheroes in existence.

This comes in addition to the spectacle that the movie's casting has caused, as the cast includes Ben Affleck as Bruce Wayne/Batmanand Jesse Eisenberg as Lex Luthor. DC's blockbuster is shaping up to be the movie to see on May 6, 2016.

For these reasons, Time Warner is smart to challenge Disney on May 6, 2016. In fact, DC is likely to be victorious on the date.

Bottom line
May 6, 2016 is an important date for Marvel and DC alike; however, it could prove far more crucial to Time Warner's superhero unit in the long run. While the mystery Phase 3 Marvel movie likely represents just another solid showing for Disney at the box office, Batman vs. Superman represents DC's most significant superhero entry.

If Batman vs. Superman triumphs in a big way DC's film division could multiply the success in a similar fashion to what Disney has done and continues to do with its Avengers series, which would only mean good things for Time Warner and its shareholders. If the movie fails commercially, Time Warner will have to seriously reevaluate whether DC can compete with Disney's fantastic Marvel unit.