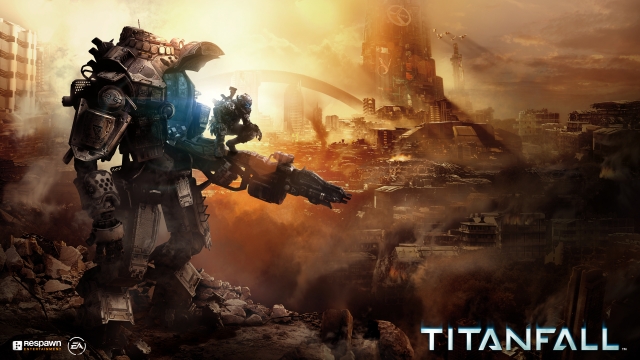 Sales of Microsoft's (NASDAQ:MSFT) Xbox One have fallen behind Sony's (NYSE:SONY) rival PlayStation 4 console. Xbox One had an early advantage with a better spate of launch games, but most of the subsequent top-selling games were available for both consoles. Microsoft is betting big on the recently released Titanfall, and gamer anticipation crashed Xbox Live on launch day. But will the title help boost sales of Xbox One?

Titanfall is a sci-fi-themed, multiplayer, first-person shooter that allows players to take on the role of either the hero -- soldier types called pilots -- or the gigantic, enemy-squishing robots fighting against the soldiers. The game comes from publishing Goliath Electronic Arts and is exclusive to Microsoft platforms. Early reviews were positive, with gaming site IGN awarding Titanfall a score of 8.9 out of 10.

But while Titanfall should boost Microsoft's sales in general, the title is not likely to help bridge the gap between the One and the PS4.

Titanfall's Xbox One boost
Microsoft released new Titanfall Xbox One bundles that have created a substantial sales boost. The Guardian reports that sales of the One console in the U.K. went up 96% the week of Titanfall's release. And 70% of all Ones sold that week in the region were the special bundle. But sales of the PlayStation 4 were up more than 72% in the same week, partly due to console shortages that are creating sales spikes once back in stock.

So while Titanfall's release is going to help Microsoft improve its own sales numbers, it won't skyrocket sales to the point that the Xbox One will pull ahead of the PS4. Sony's console has simply had too large of a head start.

Xbox One sales fall behind
Microsoft had the early advantage, as the Xbox One bore a more impressive spate of launch-day titles than the PlayStation 4. But most of the top-selling games released in the interim were sold for both consoles. And that allowed PlayStation 4 to gain a substantial lead due to a combination of player preference and pricing. At the time of writing, the Xbox One sold about half as many consoles as the PlayStation 4. The PS4 has also already outsold the Wii U, which was released in late 2012.

But the newer consoles didn't release with an avalanche of games. And neither console is currently backwards-compatible -- the Xbox One can't play Xbox 360 games and the PS4 can't play PS3 games. So the companies rely on console-exclusive titles to reel in more buyers.

And that's where Titanfall's problem arises.

Titanfall crosses platforms
Titanfall is a Microsoft exclusive but will release for both the Xbox One and Xbox 360. And the older console remains popular, since it has dropped to a reasonable price and currently has a wider assortment of games available. The Xbox 360 has nearly matched sales of Sony's older console, PlayStation 3. So Microsoft will suffer a cannibalism problem with Titanfall. The company tried to delay the inevitable by having Electronic Arts postpone the release of the title's Xbox 360 version until mid-April, supposedly to give the game designers more time to work.  But less than a month between release dates won't prove wide enough to drive all the Xbox 360 owners into console upgrades.

Foolish final thoughts
Titanfall is proving wildly popular, and Microsoft has reason to celebrate. But the game won't create a large enough boost to Xbox One sales to catch up with the PS4 -- not even with the Xbox 360 release delay.