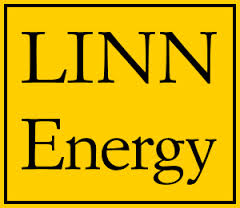 These are tough times for upstream master limited partnership LINN Energy (OTC:LINEQ). The exploration and production giant just can't seem to catch a break. Over the past few months, it's been under a wave of attacks from analysts who claim LINN's financial holding entity, LinnCo (NASDAQ: LNCO), vastly overpaid for Berry Petroleum.

It's true that the Berry acquisition took more time and resulted in greater costs than LINN management would have preferred. And investors appear to be disappointed by LINN's underlying business performance last year. However, LINN units and LinnCo shares have been massively sold off over the past few weeks despite the fact that LINN is still growing oil and gas production and pays a double-digit yield, covered by operating cash flow.

As a result, investors may want to take a few breaths and think rationally about LINN before succumbing to market-induced panic.

Why the widespread fears are overblown
The market appears to have taken an extremely bearish stance on LINN ever since it closed the Berry acquisition. Concerns about the deal surround the fact that LINN had to raise its offer for Berry. LinnCo initially offered 1.25 shares for each share of Berry Petroleum; it then had to increase its offer to 1.68 shares to finalize the acquisition. This effectively raised the value of the deal from $4.3 billion to $4.9 billion.

The offer premium has raised concerns about the level of accretion the deal will bring to LINN and LinnCo; these doubts were highlighted in a series of recent analyst downgrades. Fears that LINN overpaid for Berry's assets, in addition to the fact that LINN's most recent quarterly results disappointed, mean there's little wiggle room going forward.

However, it's important to put all of this disappointment into context. If you ignore all the expectations going in to earnings, LINN's underlying business actually did fairly well. It grew average daily production by 11% in the fourth quarter. In addition, proved reserves jumped 34%. This resulted in quarterly operating cash flow increasing by 9%.

Despite the hysteria, the distribution looks secure
It seems the market is also concerned about the security of LINN's hefty distribution, which stands at about 10% annualized. However, again it seems the fears are overblown. LINN is still generating more in operating cash flow than it's paying out in distributions. LINN distributed $170 million to unitholders in the fourth quarter. It also generated a $31 million excess of net cash provided by operating activities after distributions to unitholders and discretionary adjustments.

LINN breaks out several of these discretionary adjustments, which include things like reductions for oil and gas development costs, legal expenses, and premiums paid for derivatives contracts. Essentially, LINN provides these metrics as an alternative to the more commonly utilized distributable cash flow measure, which it no longer uses.

Plainly stated, LINN still generated more cash flow than it paid out in distributions in the fourth quarter, by $31 million. LINN will retain these funds, which should provide a cushion in subsequent quarters. And, the fact that the company expects continued growth means the distribution coverage looks to be in even less jeopardy.

LINN expects the newly acquired Berry assets to contribute to production growth in the near term. In the first quarter of 2014, LINN expects average production to reach 1.1 billion cubic feet equivalent per day, which would represent 22% growth over the fourth quarter.

The Foolish takeaway
As a result, while it's easy for investors to panic considering the significant sell-off in LINN and LinnCo in a relatively short amount of time, there doesn't seem to be any underlying reason for alarm. LINN's fundamentals aren't broken by any means. The company is still doing what it does best, which is to acquire, explore, and produce oil and gas.

And management expects growth this year. That's why, although there are never any guarantees in the investing world, LINN does not appear to be a house of cards as the cascade of negative analyst sentiment suggests.