Sales of durable goods (manufactured products designed to last for many years) are considered a solid economic indicator. While the miss was not particularly bad, the number suggests the U.S. economy is performing worse than expected.

Microsoft hit ahead of expected Office unveil
Microsoft shares shed 1% in early trading. There wasn't much news to explain Microsoft's drop; investors may have simply been selling shares ahead of a highly anticipated announcement.

On Thursday, new Microsoft's new CEO Satya Nadella is expected to unveil a version of Office for the Apple iPad. The release should boost Microsoft's Office revenue significantly in the coming months. However, the tech giant's shares have already rallied significantly in recent sessions as investors bought into the rumor ahead of the formal unveiling. 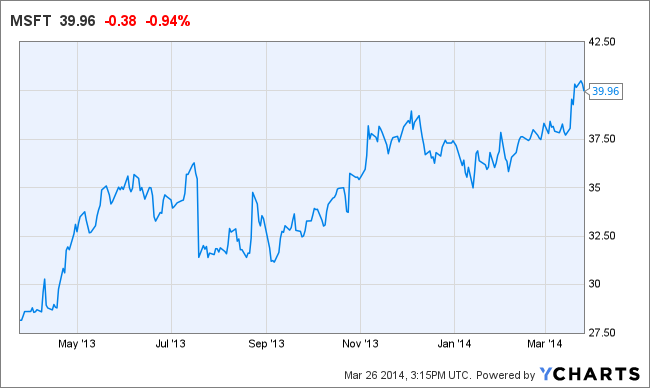 King Digital IPO drags down mobile gaming stocks
King Digital stock opened for trading on Wednesday. However, unlike other recent IPOs, the company's shares tumbled in their debut, shedding nearly 10% in late-morning trading. More than 80% of King Digital's revenue comes from its hit mobile video game Candy Crush.. Investors are notably skeptical of the company, suspecting that it may not be able to replicate that success going forward.

Other stocks in the sector, including Zynga and Glu Mobile, are also selling off, likely because of the move lower in King Digital shares. Although Zynga and Glu Mobile offer games that are distinctively different from Candy Crush, they compete largely in the same space. Both Zynga and Glu Mobile focus on small, somewhat simple games released primarily for mobile devices, appealing to a casual audience. With so much skepticism surrounding King Digital, investors in these rival  companies may be uneasy.