Athletic apparel, footwear, and accessories maker Under Armour (NYSE:UAA) has been on quite a winning streak lately. The company recently announced that it will split its shares 2-for-1 on April 14. This will come as the second split by Under Armour in as many years, and the move highlights just how robust the company's growth and share appreciation have been recently.

With shares reaching all-time highs on Monday and with valuation levels steadily increasing, investors should still not shy away from considering Under Armour as a long-term investment. The company remains the best growth opportunity in the space and it offers a more aggressive investment than peers lululemon athletica (NASDAQ:LULU) and Nike (NYSE:NKE).

Stock split:
Last week, Under Armour announced a 2-for-1 stock split that will become effective on April 14 for shareholders of record on March 28. The company last split its shares in July 2012.

Under Armour Chairman and Chief Executive Officer Kevin Plank explained in the company's release, "We believe this stock split may broaden our investor base and improve the trading liquidity of our stock."

For reference, shares of the Baltimore-based company have climbed more than 160% since the company's previous stock split. Shares of Under Armour rose more than 3% last Monday after the latest announcement, to reach an all-time high share price of $121.43.

Industry-leading growth:
It should come as no surprise that Under Armour leads all major competitors in the industry in terms of both revenue growth and earnings-per-share growth. The following table breaks down the company's projected growth over the next year in comparison with the projections for Lululemon and Nike:

Although Under Armour leads both of these competitors in terms of growth, investors are currently being asked to pay a hefty premium for the company's shares. Under Armour's forward P/E is 51.79, which is significantly more expensive than the valuations of Lululemon at 21.59 and Nike at 22.58. 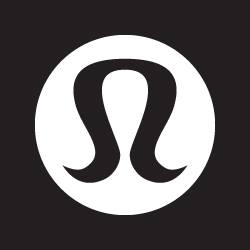 Additionally, Nike currently pays a dividend of $0.96, which equals a yield of 1.2%, while Lululemon and Under Armour do not pay dividends. Also worth noting is that Lululemon, as the cheapest listed peer, appears to be a value play at current levels since the company shows much faster revenue growth than Nike, while its earnings-per-share growth remains comparable to its peer. If investors can ignore the short-term headlines regarding Lululemon's growth challenges, the company could reward buyers over the long-term.

Why Under Armour is worth it
Although many investors consider the company's recently announced stock split to be a positive, as evidenced by the initial pop in its shares, the split is really valuable because it highlights two important things. First, the company has such large growth potential that its shares are racing to keep up, and second, one of the best management teams in the business runs Under Armour.

Whether Under Armour targets male or female consumers, youths or adults, athletes or casual folks, the company has been successful. Under Armour's recent success among female shoppers provides a perfect example of this. Plank estimated that the company's women's business could generate $1 billion in revenue by 2016, a significant increase from the approximately $700 million it generated in 2013. Women's apparel makes up approximately 30% of the company's total revenue, and, Plank explained, "Women's has the potential to be larger than men's."

Also, the company has started to seriously set its sights on overseas markets with the extension of a deal with the U.S. Olympic speedskating team that will last until 2020. The deal gives Under Armour further global exposure to future Olympic events amid its continued push into new geographic areas like Brazil and China. Plank explained in a recent investor's call, "Our core North American apparel business is strong, and that gives us the firepower to invest in growing new geographies with new categories and new consumers."

Currently, Under Armour only draws about 8% of its total revenue from international markets. When you compare this to the more than 50% of revenue that the Nike brand takes in from those markets, you get a better picture of how much growth lies ahead for the smaller company.

Also, founder Plank still runs Under Armour and he seems to only have the company's best interests at heart. Whether he's vehemently defending its products against naysayers at the 2014 Sochi Olympics or passionately introducing new products, investors can believe that he is on their side.

Bottom line
Under Armour has only begun to tap the surface of its international potential, and its shares have shown rapid appreciation in expectation of a solid showing. I fully expect Under Armour to challenge Nike on the global stage in the future. To get in on that kind of massive growth potential, investors should consider paying up for its stock.