Legacy Reserves LP (NASDAQ:LGCY) announced yesterday that it was paying $112 million to make two bolt-on acquisitions. The MLP is picking up oil properties in New Mexico and Montana with an aim to grow its already enormous distribution to unit holders. Let's take a look at the deals and the role carbon dioxide is playing to fuel future income growth for investors. 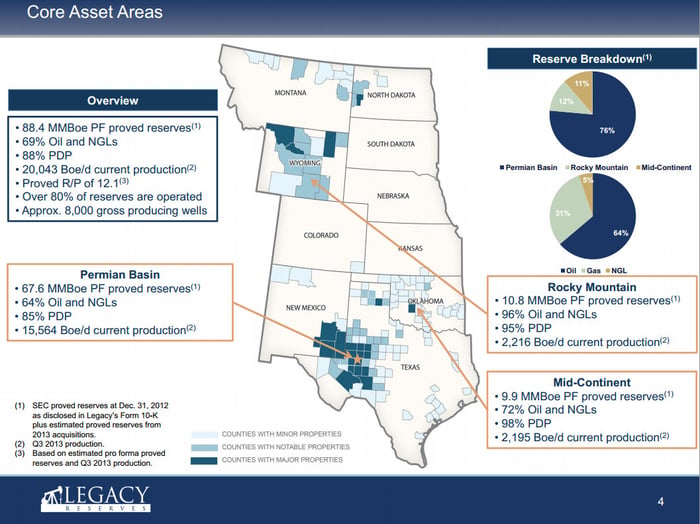 In the first deal Legacy Reserves is picking up high-volume, low-decline oil wells in Montana. The properties are in close proximity to the company's existing properties. Legacy sees these properties offering it attractive low-risk development opportunities, which should keep its production flowing and its distribution growing.

The other asset the company is acquiring is an active carbon dioxide flood project in New Mexico. So far the asset has shown a strong response to the carbon flooding and has significant potential for increased response from continued investment in carbon dioxide. The company already has the carbon dioxide it needs to accomplish this through a long-term supply agreement with Kinder Morgan (NYSE:KMI). It sees the inclining production fitting in nicely within its portfolio as it will help offset declines elsewhere.

The key to these projects is having a ready supply of carbon dioxide. Denbury owns a vast majority of its carbon dioxide resources while BreitBurn Energy owns the critical carbon dioxide pipelines to fuel its operations as the following slide shows. 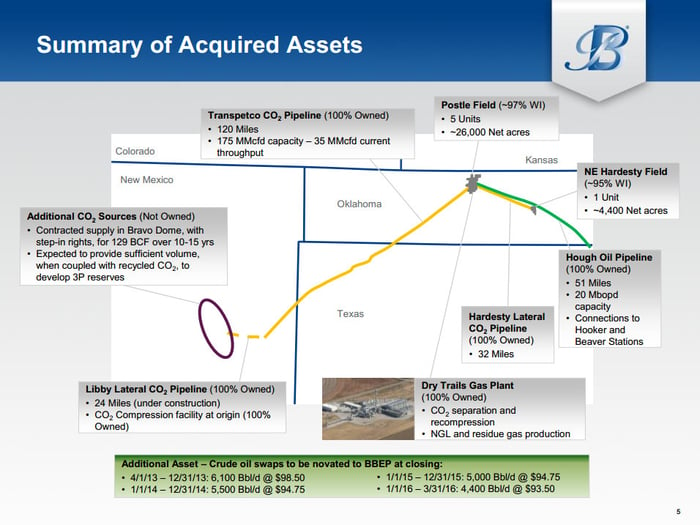 As a leading producer of oil from carbon dioxide in its own right, Kinder Morgan certainly knows what it's doing. That makes the company a great partner to supply carbon dioxide to Legacy's latest addition. As that partnership strengthens in the future it could enable Legacy to more easily add additional bolt-on properties.

Investor takeaway
We're likely to continue seeing MLPs like Legacy Reserves and BreitBurn Energy Partners or income focused producers like Denbury Resources pick up enhanced oil recovery projects that are fueled by carbon dioxide. These low-decline assets offer a great base of production that will keep the overall decline rate low, which will really help keep income production stable. So, while this might be a small deal for Legacy, carbon dioxide is likely to be a big part of its future and the future of MLPs in general.