Want to order a burger or a coffee using your smartphone? Better not come to McDonald's (NYSE:MCD) just yet. The Golden Arches are slow to become McDigital.

While Starbucks (NASDAQ:SBUX) has already been allowing customers to pay via mobile in increasing numbers, last week Burger King Worldwide (NYSE:BKW.DL) and Wendy's (NASDAQ:WEN) joined the pay-by-app party. Maybe McDonald's is biding its time to one-up the competition with a whopper of its own. 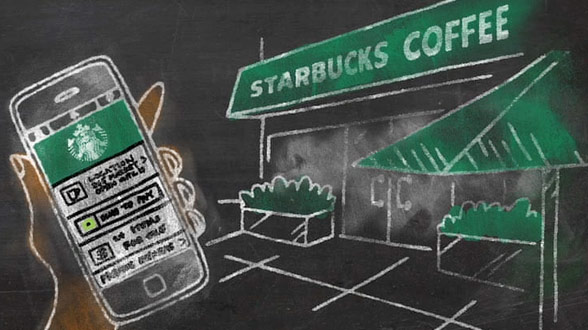 Quicker coffee
Do you remember a decade or so ago when the idea of using a credit card to buy a cup of coffee sounded as ridiculous as writing a check for it? Times sure have changed. Now we're moving past the credit card and on to our phones. With a simple preloaded app, your purchase is scanned just like a gift card -- only you don't have to lug around or dig in your purse for the extra plastic.

Starbucks reports that now 14% of all purchases come in the form of mobile payments. Customers who download the app are coming in more often; the transaction goes quicker, allowing shorter wait times for other customers. It's a win for everybody.

Moving onto burgers
Following the trend, Burger King is expected to introduce a mobile payment option next month to a handful of locations. Seven thousand locations should follow in the U.S. in a few months. The target is 18 to 35 year-olds, who are accustomed to using their phones for just about everything. An added bonus is that Burger King (and any company for that matter) will be able to collect valuable data using the app. It's much harder to track cash-paying customer frequency compared to those using the app, for example.

Meanwhile, according to a report from Candice Choi of the Associated Press, Wendy's completed its mobile testing over the last year, and "the majority of its roughly 5,800 U.S. locations are now ready to accept the payments." Just like Starbucks, Wendy's saw increased visits at its test locations by consumers using the app. Wendy's especially believes the faster transactions will help at the drive-thru.

McDonald's is still fumbling around and trying to figure it all out. Choi noted that the company hired a new chief digital officer back in October and is currently undergoing a testing phase at around 1,000 locations. She added that CFO Pete Bensen mentioned in a conference call that McDonald's would have to do things that are a "little bit unnatural for McDonald's" in reference to mobile.

Of course, mobile payments have been a "bit unnatural" and new for all of these companies -- so it's puzzling that McDonald's has been slow at adopting. Around 70% of McDonald's sales come from the drive-thru, which can certainly only help speed that along. How many times have you seen a long line at a drive-thru and been turned off by it? It defeats the whole purpose of fast food if you have to wait for it. The mobile payments should help.

Foolish final thoughts
It's great that McDonald's is in the process of rolling out its mobile version, but it looks like it may be a year behind Burger King and Wendy's. They will likely use the opportunity to bolster their brand with as many consumers as possible, hoping to grab them for life. The advantage to McDonald's is that it has the opportunity to see what the competition is doing; then it can potentially up the ante and hit back even harder with something that truly wows the public. Watch for it.