Nowadays it seems like every movie producer is looking for the next big franchise to capture the hearts and imaginations of young adults. While the temptation to find these potential big winners is high, the risk is also elevated. For every franchise like Twilight that reaches blockbuster success there are also numerous commercial disappointments like Beautiful Creatures, The Host, and The Mortal Instruments.

When it comes to finding the next successful trilogy, perhaps no company is executing better than Lions Gate Entertainment (NYSE:LGF-A) right now. The global entertainment company has proven itself adept at finding and successfully adapting popular young adult franchises for the big screen. However, it remains to be seen if the company's newest attempt, Divergent, has what it takes to become a smash hit.

Prior success
The biggest success for Lions Gate in the realm of young adult movies is the mega blockbuster series The Hunger Games, which is based on the science fiction trilogy by Suzanne Collins. Lions Gate released the first installment of The Hunger Games in 2012 to immense critical and commercial success, and recently releases the sequel Catching Fire in 2013.

Catching Fire managed to perform even better than its predecessor in all regards. The sequel currently holds a rating of 89% on popular review site Rotten Tomatoes versus the first installment's rating of 84%. Meanwhile, at the box office Catching Fire generated a staggering $864.3 million versus the original's $691.2 million.

This indicates that demand not only remains strong for The Hunger Games material but is also increasing dramatically. This of course bodes well for the third installment Mockingjay, which is being divided into two separate feature length movies, set for release in 2014 and 2015, respectively.

Divergent?
Divergent is Lions Gate's newest foray in the young adult segment. The movie is based on the debut novel by American author Veronica Roth, which was released in 2011.  Roth subsequently released the sequel Insurgent in 2012 and the final entry Allegiant in 2013. Lions Gate purchased the rights to all three movies in 2012. 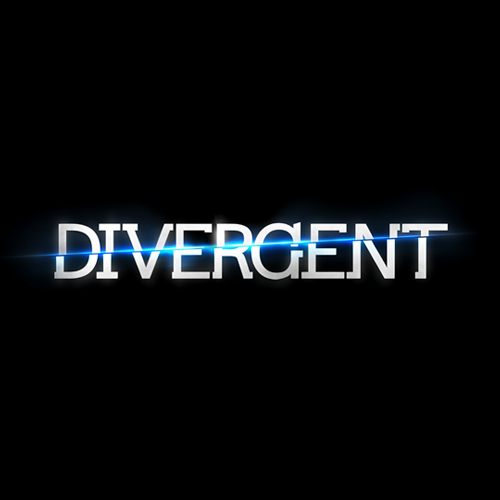 Right off the bat, the Divergent universe shares some similarities with that of The Hunger Games. Both are set in a dystopian future where young adults are struggling to survive and thrive. Both trilogies also touch upon various social aspects like the breakdown of society into classes and regimented structures.

However, early reviews do not bode well for Divergent. As of March 21, which was the movie's opening day, Divergent held a rating on Rotten Tomatoes of 38% out of 100%. For reference, the site considers any rating below 60% to be "rotten." The site's summary of the movie is as follows, "With an adherence to YA formula that undercuts its individualistic message, Divergent opens its planned trilogy in disappointingly predictable fashion."

All is not lost
While it is no doubt disappointing for Lions Gate and its shareholders to read largely negative reviews about its newest attempt at blockbuster success, unimpressive reviews by themselves do not mean a whole lot. Each one of Lions Gate's five Twilight movies have all been scored as "rotten" on the site but still went on to be massive commercial successes.

On the other hand, with an already well-established franchise like Marvel's cinematic universe, great reviews can be the icing on the cake. The newest release from The Walt Disney Company (NYSE:DIS)'s Marvel Studios unit, Captain America: The Winter Soldier, has been getting great reviews so far. The movie currently holds a score of 89% on Rotten Tomatoes.

Although the movie is still a few weeks away from worldwide release, a successful showing is expected, as Marvel has been one of the strongest and most dependable production units in the entire movie industry as of late. The studio's Marvel's The Avengers, released in 2012, grossed over $1.5 billion, and a year later Iron Man 3 grossed over $1.2 billion. Even franchise movies centered on less popular characters are wildly successful. For instance, Thor: The Dark World generated $644 million in 2013.

Bottom line
Investors looking for a way to capitalize on the seemingly endless wave of movies targeted for young adults have few options besides Lions Gate. Although the bad reviews thus far for Divergent presents risk for investors going forward, the good news is that the company has shown in the past that it can succeed despite negative reviews.

However, the safer way for investors to capitalize on 2014 blockbuster success in general is through shares of Disney. The company's Marvel-induced blockbuster momentum simply shows no signs of stopping anytime soon. With new Star Wars movies now on the horizon, Disney's development pipeline is incredibly strong and remains the best in the business.