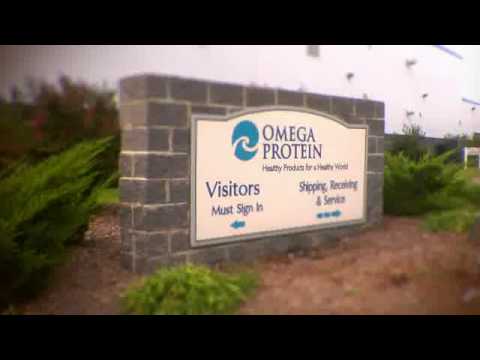 Interest in high-protein diets continues to grow, with food and beverages making a "high protein" claim accounting for 19% of new product launches in 2012. In 2013, a survey by International Food Information Council Foundation noted that close to six in 10 Americans were found to actively make an effort to consume foods rich in proteins. Omega Protein (NYSE:OME), the largest producer of Omega3 fish oil and fish meal in the U.S., should benefit as demand for seafood as a source of protein grows.

Demand and supply
The rising demand for high protein foods is reflected in the forecasted increase by 2022 in global per capita fish consumption from the 2010-2012 average of 19 kg to 20.6 kg , as per the OECD-FAO Agricultural Outlook 2013-2022. This will in turn drive the need for increased amounts of fish meal and fish oil as feedstuffs for farmed fish.

The combination of increased demand and steady supply for fish meal and fish oil has led to price hikes in favor of Omega Protein. Omega Protein has seen its revenue per ton for its animal nutrition segment almost double from $564 in 2004 to $1,355 in 2013. On a year-to-year basis, the rate of increase is even more impressive. Omega Protein's gross profit margin increased from 17.3% in 2012 to 36.2% in 2013, as a result of a 30% increase in top line and a mere 1% increase in cost of goods sold. 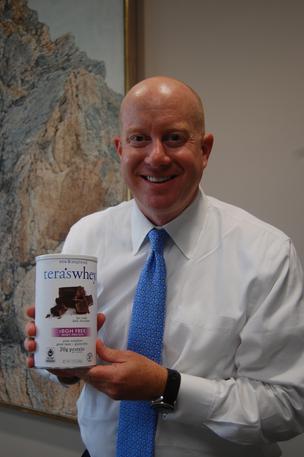 To further capitalize on the demand for high-protein foods, Omega Protein acquired Wisconsin Specialty Protein, a manufacturer of specialty whey protein products, in 2013 to expand its human nutrition business. Whey protein, typically consumed as a dietary supplement, has gained popularity in recent years, with global revenues increasing five-fold from $600 million in 2004 to $3 billion in 2011.

Hormel Foods (NYSE:HRL) is another food company capitalizing on the high-protein trend. In fact, it capitalized on both the high protein trend and on-the-go consumption of food trend to come up with its new product: high-protein Hormel Rev Wraps. While the high-protein trend is well established, about 37% of food is actually consumed on the go, giving rise to another emerging consumer food trend. As a result, Hormel Rev Wraps were very well-received by consumers and registered close to $30 million of sales for Hormel in a short span of four months.

Be it either new products or new acquisitions, both Hormel and Omega Protein have taken actions to further leverage on the growth in demand for high protein foods.

Food safety
While Omega Protein isn't the only food company benefiting from the rising demand for high-protein foods, it has an edge over competitors by virtue of its vertical integration strategy.

As food safety becomes a paramount consideration for both packaged food companies and consumers following food scares in recent years, Omega Protein's "Made in the USA" branding acts as a form of quality guarantee.

Mead Johnson Nutrition (NYSE:MJN) is another food company which has benefited from food safety concerns. In December last year, the China Food and Drug Administration announced that companies selling milk powder will have to apply for a new permit by May this year. The tightening of infant formula regulations as part of the Chinese government's food safety drive should see foreign companies with strong brand names like Mead Johnson gain market share over its local competitors. Mead Johnson has always placed a strong emphasis on food safety by ensuring that highest quality ingredients sourced from reputable and trusted vendors, and its manufacturing facilities comply with the highest standards such as Good Manufacturing Practices and Good Hygienic Practices.

However, Omega Protein has a more robust claim on food safety than Mead Johnson because it is vertically integrated. In contrast, Mead Johnson still has to source certain raw materials like milk powders, non-fat dry milk, lactose and whey protein concentrates from third party vendors.

Foolish final thoughts
Although there is a significant number of food companies benefiting from increased protein consumption, Omega Protein remains one of the best proxies for this rising consumer food trend. This is because it remains well-positioned to take advantage of the demand-supply imbalance in its product markets (fish meal and fish oil), and the fact that its domestic production facilities help to allay any food safety concerns.