Back in February, NVIDIA (NASDAQ:NVDA) launched a beastly $1,000 graphics card known as the GeForce GTX Titan Black. This card was the creme de la creme of PC graphics cards based on NVIDIA's highly efficient (and extremely powerful) GK110 architecture. While some balked at the notion of a $1,000 graphics card, the truth of the matter is that the company apparently can't keep them on the shelves, as predicted. 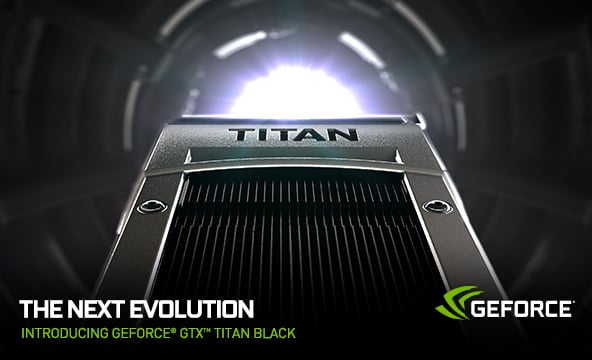 Out of stock, the new catchphrase
It's really tough for gamers to get their hands on a Titan Black these days. On Amazon.com, they're three to five weeks backordered (or available for a 50%-60% markup from third-party sellers). On Newegg.com, the premier PC hardware online retailer, the cards are just plain "out of stock." 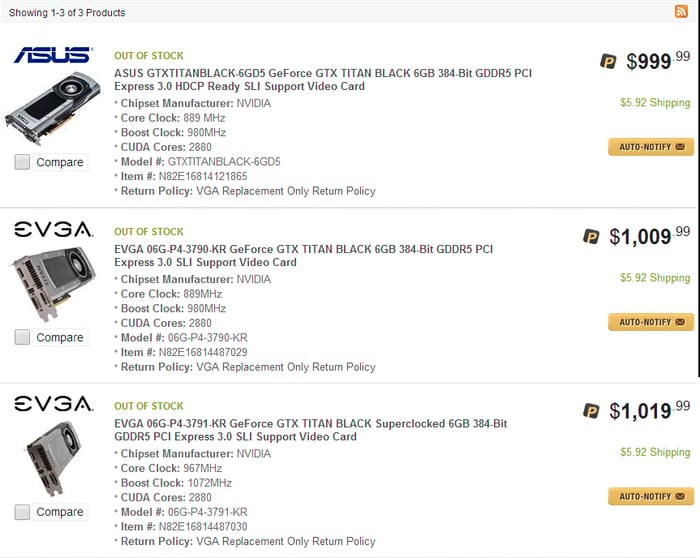 Now, of course the chips that NVIDIA provides for these cards are absolutely massive at 7.1 billion transistors on a single piece of silicon. While TSMC's (NYSE:TSM) 28-nanometer process upon which this graphics chip is built is quite mature by now, the fact of the matter is that such big die are still much more difficult to build than their smaller brethren. This means that NVIDIA's HPC/workstation cards will get first dibs on the fully functional GK110s and the gamers will be next in line.

Proving the NVIDIA thesis
The fundamental NVIDIA thesis is that even though the low-end/OEM discrete GPU market seems to be contracting with the general PC market, the high-end gaming GPUs (which according to NVIDIA's analyst day made up 61% of the company's revenue base during the last fiscal year) market is growing enough to not just offset that decline, but is actually enough to drive mid-single-digit growth. The fact that NVIDIA can release a $1,000 graphics card for gamers and have them fly off the shelves is simply impressive and largely proves that NVIDIA's GPU business long term is going to be quite viable.

How about competitor AMD?
The only competitor to NVIDIA in the discrete GPU space is Advanced Micro Devices (NASDAQ:AMD). While AMD's graphics cards are also solid performers, the company has been losing market share for quite some time. According to Jon Peddie Research, NVIDIA gained PC graphics market share while AMD saw its share decline. Do note, however, that the outsized decline on AMD's part was probably driven more by share loss in combined CPU/GPU parts (known as APUs) than in discrete.

The big problem for AMD is that not only does NVIDIA hold the lion's share of the discrete gaming GPU business (per Jon Peddie Research), but NVIDIA holds the vast majority of the high-end HPC and workstation cards. AMD has been vocal about attempting to gain share here, and the Mac Pro is often cited as a major design win, but it'll take more than the relatively low-volume Mac Pro to move the needle for AMD.

What's the takeaway?
At the end of the day, it's clear that there will continue to be demand for ultra-fast graphics processing units for gamers. While some NVIDIA bears continue to cite the decline of the PC market as a reason to be bearish on the company in general, the truth of the matter is that the company's real money-making GPU businesses -- gaming and professional -- continue to see robust demand. While the steady growth in GPUs isn't enough to justify a higher valuation from here, this business will hold the line as the company expands into new territory with Tegra (mobile and automotive) and GRID.