Please ensure Javascript is enabled for purposes of website accessibility
Free Article Join Over 1 Million Premium Members And Get More In-Depth Stock Guidance and Research
By Matthew DiLallo - Mar 31, 2014 at 9:45AM

Just the other day I came across an interesting article in Forbes on Alcoa ( AA ). The article noted that short interest in Alcoa plunged 32.01% in just two weeks as short-sellers covered more than 40 million shares of the company's stock between the end of February and the second week of March. That begs the question as to why these bears are bailing on the stock and if that's a sign it's time to get bullish.

Shares of Alcoa have had a nice run already this year. The stock is up more than 18% while the market is basically flat. Just last week Alcoa's stock surged about 6% after it released its new Ultra ONE truck wheel. That surging stock price likely scared off a few more short-sellers.

Alcoa literally reinvented the wheel as its Ultra One is 47% of the weight of similarly sized steel wheels. This amounts to an impressive 1,400 pound weight loss per commercial truck. This will allow trucks to carry more goods per rig, while at the same time meeting strict emissions regulations as the lighter-weight wheels will improve the fuel efficiency of the rigs. 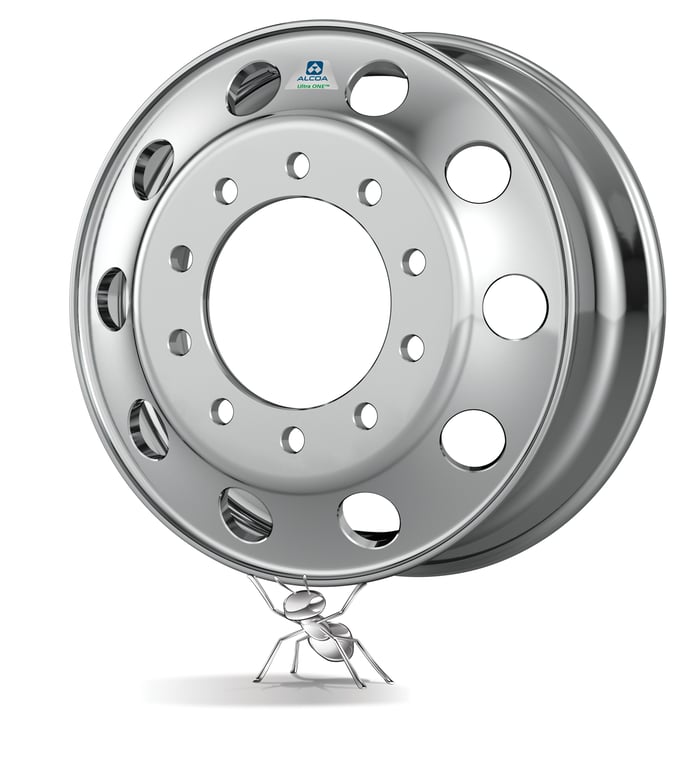 Overall, Alcoa's wheel business is one of its fastest growing segments, having grown by a 22% compound annual rate since 2009. With 67% of these sales being driven by proprietary technologies, the new Ultra ONE looks to be a big driver of the company's growth prospects. This short-term catalyst could be one reason why bears are running.

Long-term trend
In addition to that new groundbreaking product, aluminum looks like it will be a bigger part of vehicles in the future. The auto industry as a whole is embracing aluminum as a way to meet tough government CAFÉ standards. The reason is simple, a 10% reduction in vehicle weight can produce a 5%-7% increase in fuel efficiency. Because aluminum is lighter than steel and just as strong if not stronger, it makes it the perfect metal for the job of making America's cars and trucks lighter.

Next generation automaker Tesla ( TSLA -6.42% ) has found aluminum to be the perfect metal for reducing the weight of its electric Model S. Tesla's award-winning Model S used an extensive amount of aluminum to offset its heavy battery. However, this move provided it with the balance it needed to achieve longer range without compromising safety. In fact, the Tesla Model S is among the safest cars ever rated.

We're also seeing legacy automakers like Ford ( F -3.67% ) embrace aluminum. It has signed a long term supply agreement with Alcoa so that it can put more aluminum in its vehicles. In fact, Ford is building its next generation Ford F-150 with an aluminum body. Not only will that move help Ford in its drive to meet future CAFÉ standards, but it could save its customers a lot of money. In fact, the aluminum body alone could save new F-150 buyers up to $2,625 in gas over the first five years of ownership.

Investor takeaway
These are just some of the many reasons why short-sellers in Alcoa are running away and covering their shorts. While these reasons make it dangerous to be short Alcoa's stock, I'm not yet convinced it's time to be long Alcoa either. The company still has a number of legacy issues, as well as global competition that will have me watching from the sidelines. However, the company does look like its heading in the right direction.