Construction spending edged up 0.1% in February to a seasonally adjusted annual rate of $945.7 billion, according to a Commerce Department report (link opens as PDF) released today.

Although January's 0.1% increase was revised down to a 0.2% dip, analysts' expectations of a 0.1% rise for February proved spot-on.

For February, nonresidential buildings offset a decline in housing construction that was attributed to winter weather. 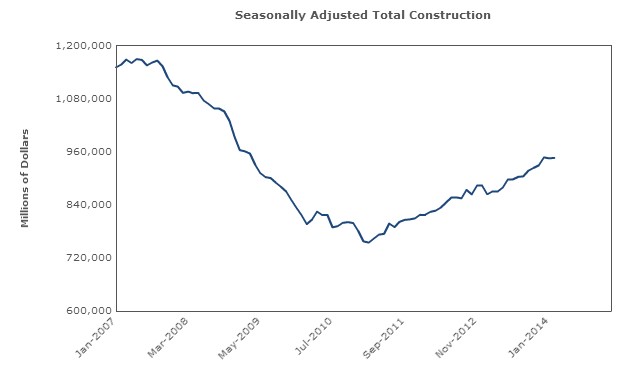 Construction Spending Up 0.1% for February @themotleyfool #stocks Next Article
Current