With shares of Under Armour up considerably in the last 12 months, can the company continue to impress investors?

Athletic apparel, footwear, and accessories manufacturer Under Armour (UAA 1.55%) has been on quite a run lately, as shares are up nearly 100% in the last year alone. However, in recent weeks, the stock has corrected sharply, falling well over 10% in two days.

With the company's first-quarter earnings report on the horizon, investors should still expect another impressive quarter. However, with the company's valuation now significantly higher than smaller peer lululemon athletica (LULU -0.05%), several aspects remain vital for Under Armour's continued success.

What to expect
Under Armour will post its first-quarter earnings results on April 24. On average, analysts expect the company to post earnings of $0.09 per share on revenue of $598.18 million, which would represent year-over-year growth of 28.5% and 26.8%, respectively.

However, the company is riding an incredibly strong wave of momentum lately. All product segments for Under Armour are growing well, including its largest and most recognized Apparel category but also smaller ones like Footwear and Accessories.

President and Chief Executive Officer Kevin Plank explained in the company's most recent earnings release, "I want to stress that the 35% top line growth we saw in Q4 was driven by strength across the board in all of our businesses."

The company's massive Apparel segment grew revenue an impressive 35% thanks to innovative new products like ColdGear Infrared. Footwear grew by 24% and Accessories grew by 52%.

However, strength in the company's Women's and Youth businesses is what should drive further growth going forward. Plank explained that the company is capitalizing on the shift that is currently happening among women toward wearing athletic clothes more often in casual settings, He stated, "In addition to the great product that is in the pipeline and our improved presentation at retail, including our New York store that opens this spring here in Soho, we will be focusing our second Brand Holiday this year on Women's."

Additionally, the company's Youth segment has also been performing very well, as youth apparel grew at double the rate of men's and women's apparel. What's more is that the strength was not limited to apparel, as Footwear and Accessories segments performed well in the quarter also.

Plank summed up: "This broad-based strength gives us great confidence in our long-term future as we remain laser-focused on maintaining the strong relationship with our consumer as he and she move into new sports and new wearing opportunities as they grow up."

Investors should expect continued strength in Under Armour's Women's and Youth segments to have transitioned into the first quarter, as the company's aggressive growth only appears to be getting stronger. Last quarter, the company raised its guidance for fiscal 2014, indicating just how well consumers are reacting to the company's powerful brand. 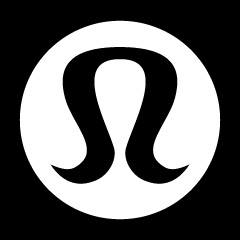 Too expensive
There is no getting around it: Under Armour is an expensive company according to the popular price-to-earnings valuation metric used by many investors. The company's forward P/E of 44.97 is way above Lululemon's forward P/E of 23.97. Even though Under Armor is growing at faster rates than Lululemon -- with 23.7% revenue growth and 23.3% EPS growth projected for the current year versus Lululemon's 13.1% revenue growth and a negative 1% EPS decline -- the company's valuation seems excessive.

However, investors in Under Armour can be confident in the company's growth story and brand strength. The same cannot be said for Lululemon at the current time. The yoga retailer has had numerous brand concerns over the last year, which were only amplified by former management's inability to properly handle the situations.

Lululemon's massive recall of its too-sheer pants not only affected the company's growth and earnings power in the short term, but bad public relations tarnished the company's brand among its target audience. Founder Chip Wilson stated that some women did not have the proper body types to wear Lululemon pants. This of course led to an outrage among consumers and eventfully to Wilson's ousting.

With a new management team, Lululemon appears to be on the track to high growth again with the expansion of several new lines like &go and ivivva. However, Under Armour's growth seems more certain and less prone to impediments at the moment.

Bottom line
Under Armour is firing on all cylinders lately. The company's signature apparel segment is growing well thanks to constant new product innovation. However, the company is doing extremely well growing among women and youth audiences, and that growth is expected to continue going forward.

With strength in footwear and accessories as well, look for Under Armour to handily beat earnings estimates in the first quarter yet again.