There are few, if any, companies more difficult to value accurately than General Electric (NYSE:GE). The task is made tougher by the company's having several competitors, but none that really matches it closely from a products and services perspective. While GE provides technologically state-of-the-art offerings in, for instance, aviation, health care, energy, and power systems -- along with its finance unit -- most corporations that might be compared to it are far more focused.

For instance, its Connecticut neighbor, United Technologies (NYSE:RTX), similarly produces an array of aviation and aerospace equipment. But it's devoid of the health-care and energy products and systems that I consider to be keys to GE's future. The same is true of Parker-Hannifin (NYSE:PH), which is involved in producing a range of industrial and aerospace equipment, but has also steered clear of health care and energy. 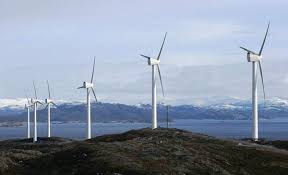 General Electric's energy offerings include a range of renewables.

And finally, I'd even give a nod to oil-field services kingpin Schlumberger (NYSE:SLB) as a competitor to the energy segment, especially as it relates to the burgeoning world of subsea production. However, it obviously hasn't entered the other sectors where General Electric plies its trade.

Does GE's complexity hinder effective analysis?
So, the next consideration becomes one of the extent to which GE's relatively tepid share-price growth in recent years is attributable to its structural complexity. In my opinion, that factor has indeed played a role in holding the company back. (Schlumberger's shares have climbed by 40% during the past two years, compared with about 45% for both United Technologies and Parker-Hannifin. GE's shares are up approximately 30% for the same period.)

There are major (probably beneficial) changes occurring at the big company, perhaps larger ones than anyone -- even its powers that be -- currently recognizes. Obviously, you know that the former GE Capital Retail Finance, now operating as Synchrony Financial, will become the subject of an initial public offering next year. That's certainly a positive step. It's always been tough to determine even a passing relationship between, say, consumer lending on the one hand and jet engines or natural gas liquefaction systems on the other.

Indeed, I've long considered GE Capital to be a drag on the entirety of the corporation. That obviously was the case five years ago when woes at Capital forced a nearly 70% reduction in the company's dividend, which in turn pounded the share price down to single digits.

A bigger shakeup may be in the offing
But you may also have heard whispers recently concerning the potential for activist pressure on the company. In fact, it appears that late last summer management met with Nelson Peltz of the Trian Fund Management LP. The probable subjects of the confab: General Electric's lingering underperformance and what to do about it.

With that in mind, and with a proper genuflection toward a more recent note by Charlie Gasparino of Fox Business regarding the real possibility of activism at GE, there appear to be at least two diametrically opposed paths the company might take. The first would involve the likelihood of more draconian measures being undertaken than simply the divestiture of Synchrony. That was the contention of Barclay's analyst Scott Davis a couple of weeks ago when he stated in a report that, "GE will likely need to change, potentially more drastically than it or its board may be considering at present."

The spinoff could catapult the company's shares
Conversely, it's clear that, by moving General Electric's revenue mix closer to the targeted 70% from industrials and 30% from GE Capital, the spinoff will propel the company into a closer league with its more thoroughly industrial brethren, thereby giving its shares a boost. Incidentally, it wasn't long ago that Capital and the industrials were about equal as revenue producers.

If you think about it, then, whether a more invasive restructuring is ultimately required at the company or jettisoning the consumer finance unit suffices, the results could turn out to be similar. In either case, there would seem to be a strong possibility for share-price expansion. That would especially be the case given a perpetuation of the company's current strong dividend.

In light of all of the above, it seems to me that Fools with patience and maybe a yen for yield would be well served by paying close attention to General Electric. After all, It's difficult to envision the company's shares retreating significantly in the face of a new streamlining.