The gaming industry has shifted rapidly over the last decade. The emergence of high-definition graphics and the importance of online features caused development budgets to skyrocket and mid-tier publishers to either be consolidated or closed. While Western companies such as THQ were among the many casualties of the transition, Japanese developers and publishers proved to be the biggest losers of gaming's big transition.

Nintendo (OTC:NTDOY) offered a temporary reprieve from the changes that were taking place with its idiosyncratic Wii console. However, many developers were slow in supporting the device due to the fact that Nintendo consoles had lost market share in two previous hardware cycles. Several years after the console's explosive start, the Wii quickly fizzled and was succeeded in 2012 by the Wii U--a console destined to go down as one of the biggest flops in the history of the industry.

Nintendo's failure to create hardware and software that adequately served the changed market, combined with the general irrelevance of Microsoft's Xbox brand in Japan, meant that Sony's (NYSE:SONY) PlayStation 4 represented the last chance of resuscitating the nation's console industry. A little more than a month and a half after PS4's launch in Sony's home territory, it's safe to declare the death of the Japanese console industry.

The PS4's disappointing performance places it as the third best-selling hardware for the week, trailing behind Sony's own PS Vita at approximately 26,000 units and Nintendo's 3DS at approximately 32,000 units. While handheld gaming became much bigger than its home console counterpart during the last hardware cycle, none of these numbers should be viewed as encouraging.

Sony is still paying for its PlayStation 3 mistakes
The problem facing the PlayStation 4 in Japan is a simple one: a lack of games that appeal to the territory's tastes. This crippling issue can actually be traced back to the PlayStation 3, which released at prohibitively expensive price point and was notoriously difficult to develop for. As mid-tier game development collapsed and Western giants like Activision Blizzard and Electronic Arts became increasingly powerful, Japanese studios sought out less fiercely contested markets in handheld and mobile titles.

At the time of PS3's launch, the anime-inspired aesthetic that had been hugely popular during the days of PlayStation and PlayStation 2 was quickly losing its appeal among Western gamers. The inherent difficulties in developing for the PlayStation 3 and adapting to HD standards combined with reduced global interest in Japanese aesthetics and design philosophies created the present scenario that promises to sink PlayStation 4's prospects in Japan.

Nothing will save PS4 in Japan
Looking at the PS4's currently announced lineup, there is a distinct lack of games that have the potential to reverse the system's fortunes. Final Fantasy XV and Kingdom Hearts 3 from Square Enix represent the system's greatest chance at a revival, but it's highly unlikely that either will provide enough momentum to save the system in Japan.

Final Fantasy XV stands as a great microcosm of Japan's deterioration on the console gaming front. The game first debuted with flashy animated theatrics in 2006 under the title Final Fantasy Versus XIII, but it had to be rebooted numerous times due to issues with its engine and gameplay systems. The retitled game is now scheduled for release in 2015, nine years after its initial debut and long after the loss of the "Final Fantasy" series' industry-defining relevance.

Japan's biggest games rely on Western appeal
Metal Gear Solid V: The Phantom Pain from Konami and a new "Resident Evil" from Capcom and are two far-off titles that might also be cited as potential saviors of the PS4 in Japan. Expecting either game to have a significant impact for Sony's latest hardware would be erroneous, however. While these series are still relevant in the broader gaming world, both have become increasingly tailored to Western tastes and rely on sales in North America and Europe to justify their sizable development costs. There's an outside chance that Capcom's free-to-play online role-playing game Deep Down will catch on and spur some interest in the PS4, but that scenario appears exceedingly unlikely. 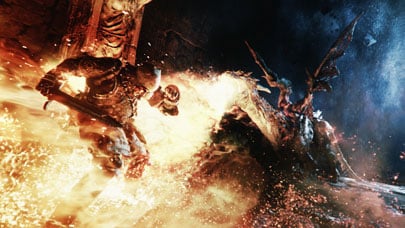 Game over in Japan
While it is still very early in the lifecycle of the PlayStation 4, the writing is on the wall as far as Japan is concerned. New titles will be announced in the coming months that will cast things in a slightly more positive light, but the PlayStation 4's disastrous Japanese launch window performance, a lack of compelling software, and the continued push toward mobile development ensure that the system will fall far short of previous PlayStation consoles. Without a viable home console from Sony or Nintendo, the flight of Japanese publishers to handhelds and mobile will be hastened to completion.