Ah, yes, near-field communication (NFC): The wireless connection that was supposed to usher in mobile payments everywhere. Every time a new iPhone is on the horizon rumors of how Apple (NASDAQ:AAPL) will most definitely, or most certainly not, adopt the technology surface again.

To be fair, there are some good cases for both sides. So in the spirit of fairness and pure speculation, let's entertain both for a minute. 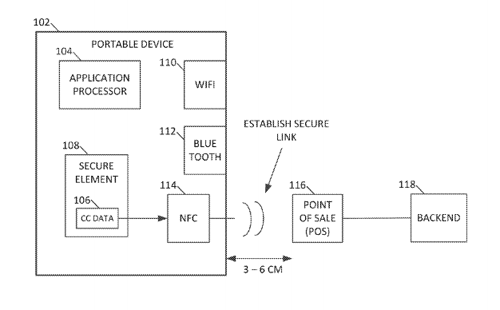 The case for the NFC-enabled iPhone 6

Earlier this week, Apple Insider published some thoughts from KGI analyst Ming-Chi Kuo that reignited the NFC debate. Although there weren't many details, Kuo said the new iPhone 6 will have near-field communication and that Apple will bring the technology to both sizes of its new iPhones.

These thoughts come after Apple filed a patent back in January showing one of its mobile devices could tap into NFC for a secure connection to make a mobile payment.

Some people think Apple wants to use NFC to allow the iPhone 6 to make purchases at merchants who have already adopted the technology, in addition to using Bluetooth Low Energy (BLE) to make mobile payments. This, in theory, would give the iPhone 6 the ability to make payments virtually anywhere NFC or BLE is already in use.

While it's certainly a possibility, it's nowhere near a done deal.

The case against an NFC iPhone 6
Not to be a buzzkill, but Apple patents lots of ideas so it can keep its options open. So a few patents doesn't really clue us in on the company's NFC plans for the iPhone 6.

But the bigger problem for the pro-NFC crowd is how poorly the technology has been adopted by merchants. Sure, there are some that use the tech, but overall NFC has suffered at the hands of businesses, telecoms, and tech companies, which have all tried to control mobile payments. The result is a fragmented system with no standards and no mass adoption.

Google has tried to simplify this with its latest version of KitKat, which creates a Host Card Emulation (HCE) for payments. This allows any NFC phone with the new OS to securely use Google Wallet for payments and bypass any carrier restrictions. Here's how Google put in in a blog on its developer site:

With HCE, any app on an Android device can emulate an NFC smart card, letting users tap to initiate transactions with an app of their choice -- no provisioned secure element (SE) in the device is needed.

But merchants have started building their own mobile-payments system that don't involve Apple or Google. The Merchant Customer Exchange (MCX) is a group of companies, including Target, ExxonMobil, Rite Aid, Lowe's, and others that are teaming up to utilize bar-code scanners to make payments from nearly any smartphone. Though MCX hasn't ruled out near-field communication, it's focusing on bar-code scanning right now because the tech is compatible with more devices.

The iPhone 5s with its Touch ID sensor. Source: Apple

Foolish thoughts
Apple clearly could go further into mobile payments -- with its Touch ID sensor and its 575 million iTunes accounts -- and parlay those into a complete mobile payment system. But with NFC so divided right now, and companies throwing their weight behind different technologies, I don't think it makes much sense for the iPhone 6 to sport NFC technology.

Of course, Apple could choose to make NFC a priority with mobile payments and set up its own standard. Analysts at IHS expect 1.2 billion NFC-enabled smartphones to ship worldwide by 2018, which is up from the 416 million that will ship this year.

If Apple tapped into this growing NFC potential, it could encourage merchants to get on board with the tech as well, considering the sheer number of iPhones in the market. But that would involve Apple going against its apparent disdain for NFC and adopting a tech that could benefit Android devices as well -- and neither seem very likely.