It has been a rough start to the year for long-term investors of Swift Energy (NYSE:SBOW). The stock is down 22% so far in 2014. Some investors believe it's not done dropping, which is why just over 40% of its float is sold short. I think that's a bad idea, as those selling short Swift Energy's shares could very well get crushed. Here's why.

Swift Energy is in the middle of a strategic positioning. There are two important catalysts on the horizon that could yield upside to its stock price. Swift is in negotiations to sell its assets in central Louisiana and is seeking a joint venture partner for its Fasken natural gas assets in the Eagle Ford shale. That second deal is the important one for shorts to keep in mind.

Despite being gas rich, Fasken produces wells with internal rates of return greater than 100%. By adding a joint venture partner Swift Energy could not only realize some of the value of these assets, but it could obtain the capital needed to increase its growth rate. Furthermore, because it's close to the Gulf Coast there is potential for gas from Fasken to be used for natural gas exports as facilitates open over the next few years. 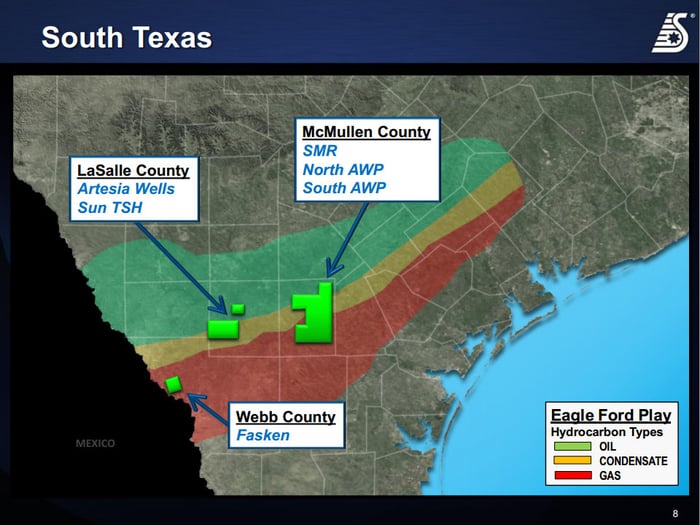 Oil wells are getting better
Swift Energy has more catalysts than just the strategic upside from deal announcements. The company's drilling program is starting to improve, and that's also bad news for short-sellers. Three recent Eagle Ford oil wells in McMullen County achieved an average initial production rate of 1,212 barrels of oil equivalent per day. Nearly 80% of production from the wells was oil.

Because of that high rate of oil, these wells will deliver internal rates of return in excess of 70%. The company's operational improvements in drilling its wells also suggest that it is nearing being able to deliver repeatable results to achieve more predictable production growth. That's a vast improvement from the company's previously disappointing drilling results.

If there's one big knock against the company it is that its Eagle Ford shale position isn't fueling oil-rich production growth. Overall, Swift Energy expects production to be flat this year. Meanwhile, Eagle Ford peers such as Penn Virginia (NYSE: PVA) are expecting tremendous oil growth out of the shale. Penn Virginia sees its oil production this year growing at a rate of 66% to 78%. That's one reason why Penn Virginia's stock is up more than 70% already in 2014. 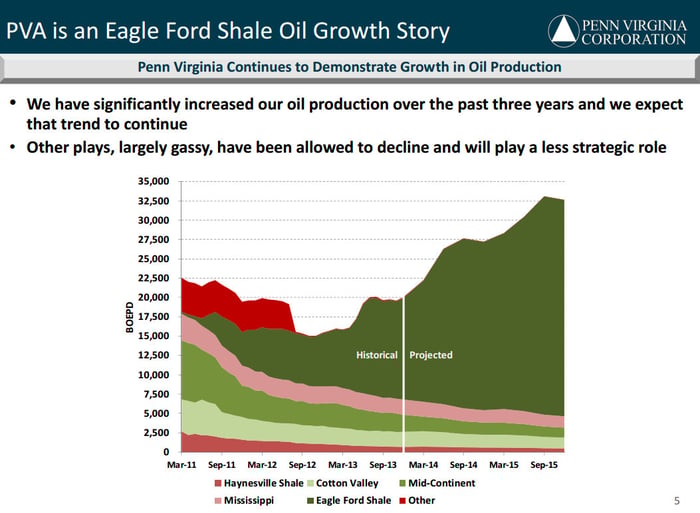 While Swift Energy doesn't have that growth, drilling results for its oil wells are improving, which bodes well for the company's future. As it continues to improve results it should eventually be able to grow oil production out of the Eagle Ford. That's not something short-sellers will want to see, as any hint of oil-rich growth could really crush their short position.

Investor takeaway
Swift Energy doesn't yet have the oil-rich growth of peers such as Penn Virginia. However, that's not a good reason to short its stock. The company has two big strategic catalysts on the horizon, as well as improving oil wells. That combination could deliver a crushing blow to short-sellers.