Shares of global media company Discovery Communications (NASDAQ:DISCA) have remained relatively unchanged over the last year despite the company's above-average revenue and earnings growth. With the company entering one of its best seasons for new content and its valuation multiples shrinking, the time seems right for investors to consider the content creator as a long-term growth candidate. 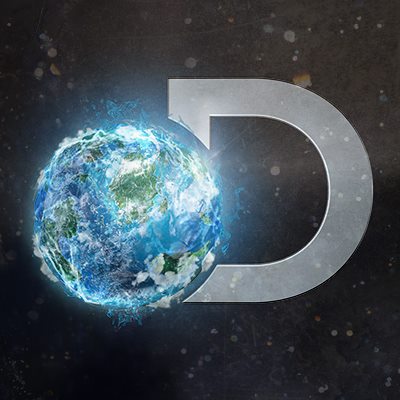 Deadly content
My investment thesis for Discovery is simple: The company has an edge over other content creators simply because it makes and distributes very unique programming on its popular networks, which include Discovery Channel, Animal Planet, and The Learning Channel. Not only is Discovery's signature docudrama programming critically and commercially successful, it is also very rare.

While the most direct competitors to Discovery's suite of channels are probably the National Geographic Channels, which are part of the global portfolio of Twenty-First Century Fox (NASDAQ:FOXA), only perhaps Scripps Networks Interactive (NASDAQ:SNI) comes close to matching Discovery's content types on a large scale.

With networks like Food Network and Travel Channel, Scripps offers some of the same content types that Discovery offers. Therefore, it should come as no surprise that Discovery considered acquiring its smaller competitor earlier in the year. The talks subsequently broke down.

However, the key for Discovery is its sheer breadth of docudrama content. The company's namesake network Discovery Channel is home to some of the biggest series in the genre, including Deadliest Catch, Gold Rush, and Naked and Afraid. Each of these shows excels at capturing unique and valuable audiences. For example, the company's Gold Rush and Bering Sea Gold programs held the top two spots among adults ages 18-45 in the last week of January, and this has become an increasingly common occurrence for the duo.

However, more important is the longevity of many of Discovery's shows. For example, Deadliest Catch is set to begin its tenth season on April 22. As the show has always been a favorite among viewers, management at Discovery has even invented spinoff shows from the megaseries that include behind-the-scenes and post-show-talk episodes.

Also a big hit for Discovery Channel is the network's annual Shark Week in August. With dozens of new shows created every year about the deadly predators, Discovery basically owns the niche genre.

Expansion
While American audiences can't seem to get enough of Discovery's natural content, international audiences remain a lucrative expansion opportunity for the company.

To this end, the company has started making acquisitions to strengthen its global presence. In late 2012, Discovery acquired the SBS Nordic operations of ProSiebenSat.1 Group, which included 12 Nordic television networks. Early this year, the company also took a controlling interest in French sports network Eurosport.

While Discovery has made its latest moves with the goal of expanding its content genres, an increased global footprint also means a larger audience for its vast library of past, current, and future content.

Cheap growth
Despite a great growth story, shares of Discovery have basically remained unchanged despite a rise in the general indexes. However, this also means that the company is cheap in comparison to its competitors when factoring in its above-average growth. The following table shows a breakdown of the company's growth projections in 2014 compared to those of Scripps Networks and Twenty-First Century Fox:

Although analysts project that Discovery will lead both listed competitors in terms of revenue and earnings growth in fiscal 2014 by wide margins, the company does not have an excessive valuation at all. Discovery's forward P/E of 17.2 is only slightly higher than Scripps' 16.4 and it is actually lower than Twenty-First Century Fox's 17.9.

Bottom line
As Discovery continues to excel at content creation, which is evidenced best by Deadliest Catch's seemingly unstoppable success over the last decade, the company continues to expand its reach and find new audiences.

Investors looking for a viable growth story in media may find none better than Discovery at current levels. With industry-leading growth and a relatively cheap valuation, shares of Discovery look like a good catch.