Russia’s saber-rattling (and actual saber-unsheathing) in or around Ukraine has been weighing on the mind of the market since yesterday -- this is as good an explanation as can be found for stocks’ lower open on Friday morning. The S&P 500 and the narrower Dow Jones Industrial Average (DJINDICES:^DJI) are down 0.4% and 0.57%, respectively, at 10:20 a.m. EDT. Microsoft (NASDAQ:MSFT), which reported solid quarterly results after the bell yesterday, is bucking the trend: shares are up 1.2%. (Here is my review of the company's results.) By contrast, Amazon.com's (NASDAQ:AMZN) earnings report, which also came in yesterday afternoon, is getting a cold reception from investors; the e-commerce king's shares, down 8.5%, are significantly lagging the market this morning. 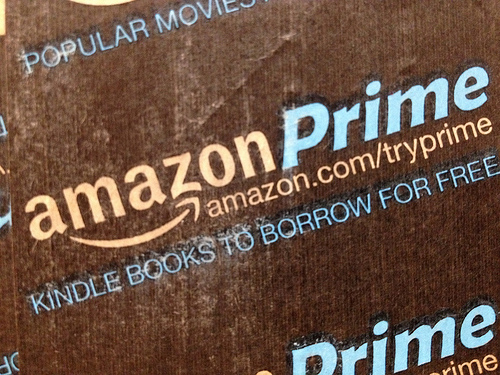 Strictly in terms of its headline first-quarter numbers, Amazon did enough to satisfy, if not delight, investors: revenue of $19.7 billion exceeded analysts' consensus estimate by 2%, as did EBITDA of $1.5 billion. (EBITDA, or earnings before interest, taxes, depreciation and amortization, is a rough measure of cash flow.) Meanwhile, earnings per share of $0.23 was in line with Wall Street's expectations, though analysts' EPS forecast had come down from $0.54 three months ago.

Putting aside the rigmarole of the Wall Street earnings game for a moment, it's worth pointing out that those numbers are impressive by any reasonable standard (although not, seemingly, impressive enough by the standard of Amazon's valuation): revenue rose 23% year on year, while EPS shot up 27%.

Perhaps it's the company's guidance for the quarter in progress that has investors spooked. The revenue range of $18.1 billion to $19.8 billion is approximately in line with analysts' forecasts of $19.03 billion; however, Amazon expects an operating loss of between $55 million and $455 million (no, the $455 million is not a typo; yes, it's a wide range). Even once you back out the $455 million for stock-based compensation and amortization of intangibles the company is assuming, that gets us to an operating profit range of zero to $55 million. That doesn't get us anywhere near the $0.24 per share analysts were seeking.

As I alluded to above, the main criterion by which yesterday's report was disappointing, as far as long-term investors are concerned, is the share valuation itself. At 132 times next 12 months' earnings-per-share estimate, it takes a certain amount of faith to make a long-term bet on Amazon, a faith that is easily dented by a negative earnings surprise (or even the prospect of one). Still, Amazon isn't slowing down when it comes to ambition and creativity; as such, I think growth investors should consider continuing to give Jeff Bezos the benefit of the doubt.