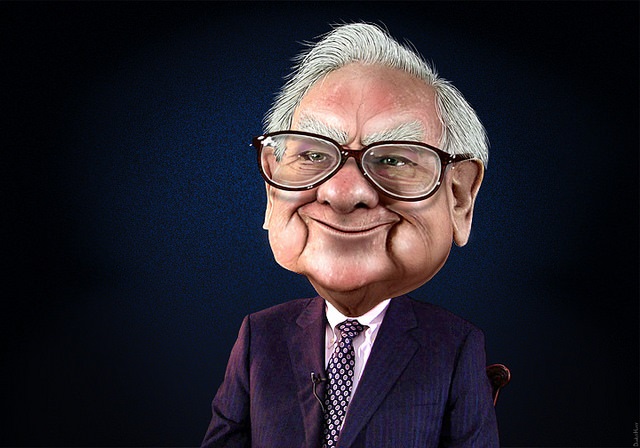 As chairman of Berkshire Hathaway (NYSE:BRK-A) (NYSE:BRK-B), Warren Buffett has an excellent investing record. But his record isn't without imperfection. Mistakes happen, even when you're the best at what you do.

Fortunately, these mistakes, and Buffett's commentary about his investment decisions, provide us with valuable study materials in the school of investing.

Here are seven of Buffett's biggest blunders, and the lessons that we can learn from his mistakes:

1. You can't pay your bills with ego
When asked about his biggest mistake, Warren Buffett replied that it was his acquisition of Berkshire Hathaway. Yes, that Berkshire Hathaway -- the $315 billion household name he runs today.

Buffett bought Berkshire Hathaway shares in 1962, when it was still a small, underperforming textile mill company. It served as the holding company for all his future investment endeavors. But for all the success it has today, the textile mills left a lot to be desired.

Buffett wanted to sell his shares of Berkshire Hathaway. The company's president, Seabury Stanton, agreed to buy back his shares at $11.50 each. However, when a written offer came in the mail, Buffett noticed it was for $11.375 per share, $0.125 less than originally agreed.

Enraged, Buffett quickly worked to buy as many Berkshire Hathaway shares as he could. His goal was to take control and fire the company president in retribution for changing the terms of the initial offer. He succeeded. Buffett gained control of the company, and fired Seabury Stanton.

Unfortunately for Buffett, Berkshire Hathaway's textile mills were a terrible investment, plagued by increasing foreign competition and huge capital requirements. Ultimately, the mills were shuttered, and Buffett has said this mistake had an opportunity cost exceeding $200 billion. That's a high price to pay just to flex your financial muscles.

The lesson: Your ego and your emotions have more impact on your investments than any economic indicator or quarterly earnings report. Controlling them is key to successful investing.

2. Diversification doesn't always help
In 1993, Buffett acquired Dexter Shoes, a deal which he often describes as one of his worst. He agreed to pay $443 million for the company. But rather than pay in cash, Berkshire Hathway paid in stock.

Eventually, Dexter shoes lost out to foreign competition. Its business dwindled, and by 2001, Buffett practically folded the company, realizing that it was a loser.

This investment cost Berkshire dearly. Buffett explained in his 2007 letter to shareholders the severity of his mistake:

"By using Berkshire stock, I compounded this error hugely. That move made the cost to Berkshire shareholders not $400 million, but rather $3.5 billion. In essence, I gave away 1.6 percent of a wonderful business -- one now valued at $220 billion -- to buy a worthless business."

For those keeping score, the Class A shares Buffett exchanged for Dexter Shoes is now worth $4.8 billion.

3. Second opinions matter
In 2007, Buffett made a $2 billion investment in a Texas utility company. The investment went sour quickly. By 2013, the total pre-tax losses tallied $837 million.

Buffett admitted his mistake in picking a bad investment. But he owned up to a bigger mistake: failing to consult his partner, Charlie Munger, before agreeing to make the $2 billion investment. Charlie Munger has worked with Buffett for decades. Including him in on the deal might have raised enough red flags for Berkshire to have walked away unscathed.

Alas, Buffett never sought out Munger's opinion, and the losses are there to show for it.

The lesson: Personal finance is different from corporate finance. But all of us have some kind of partner who may have different financial needs and insight than we do. The truth is that women live longer than men, and a 2-year old will likely require more college savings than a 16-year old. Different goals required different financial planning and insight. Include your partners in the process.

4. Seeking success in something you dislike won't work
One of Buffett's earliest investments was a service station he purchased with a friend. The station did poorly, and Buffett was spending countless hours keeping it afloat. He would work on weekends, manning the counter and washing windows, even though he had a deep disdain for manual labor.

Fake smiles and happiness weren't enough. The station across the street would drive them out of business thanks to its loyal customer base.

The lesson: Succeeding isn't easy. Succeeding in something you dislike is even harder. Shortly after Buffett walked away from the gas station, he moved on from his stockbroker job, too. Buffett learned his lesson -- he'd do best in a job he liked. Notably, he offered to work for Ben Graham in investments for free, knowing that he'd prefer the work to his current alternatives. This is extends into investing, too. Don't like a particular industry? No problem! There are more than 3,000 U.S.-listed stocks. You can be picky.

5. Impatience can crush returns
Buffett bought his first stock at 11 years old. Along with his sister, he purchased 6 shares of Cities Service Preferred for $38.25 each. It quickly fell to $27 as the broad market declined.

Later, it would rise to $40. Eager to lock in the gain, Buffett did just that. Unfortunately, the stock later rocketed to $202 shortly after selling his shares. Buffett regretted his decision immensely.

The lesson: While no one goes broke locking in a small profit, no one gets wealthy with small profits, either. Stocks represent ownership in businesses, many of which have been around for more than a century. Put your investments in perspective. A week, month, or year, is a very, very short timeframe in the life of a business. Good things come to those who wait.

6. Good people isn't a cure-all solution
In 1989, US Airways (NYSE: LCC) was in the cross hairs of a hostile acquisition, and it wanted out. Then-CEO Ed Colodny devised a deal with Berkshire Hathaway in which Berkshire would invest $358 million in convertible debt to stave off a hostile bid.

It worked. Well, somewhat. The hostile takeover bid was thwarted by Berkshire's deal. But Buffett's investment in US Airways certainly met turbulence. He later sold at a tiny profit, after holding his debt investment only long enough to get Berkshire's cash back out.

In 1996, Buffett wrote favorably of Ed Colodny and his work at US Airways in a letter to shareholders, stating, "I liked and admired Ed Colodny, the company's then-CEO, and I still do."

But a more suitable quote for this investment is probably found in his 2006 letter to shareholders:

"When an industry's underlying economics are crumbling, talented management may slow the rate of decline. Eventually, though, eroding fundamentals will overwhelm managerial brilliance."

US Airways was performing well at the time. Ed Colodny was a good CEO. But airlines have historically been terrible investments, as consumers shop on price, not necessarily the brand or features of any given flight. The result is airlines experience incredibly competitive pricing. Eventually, competitors matched the company's pricing, and US Airways' cost advantage dwindled.

7. Pennies can cost you dollars
Buffett often says Berkshire Hathaway makes more errors of omission than commission, implying that it misses more big winners than it loses in bad investments.

Noteworthy here is how much it moved up before Buffett cut back his buying. The price had gone up only $0.125 per share, or roughly .5%. By 2004, a premature end to a buying spree had already cost Berkshire Hathaway "about $10 billion."

The lesson: Don't get anchored to your purchase prices. Just because a stock sold for $20 in 2005 doesn't mean it can't be worth $100 or even $500 today. Past prices are past prices. What matters is what a business is worth today, and what you think it will be worth in the future, nothing else.

Next time you're down on yourself for making a mistake, just remember everyone has been there before -- even Buffett.

10 Reasons Berkshire Hathaway Is the Best Stock You Can Buy