Over the last year or so, popular yoga-apparel maker lululemon athletica (NASDAQ:LULU) has battled controversy seemingly at every turn. After putting a massive product recall behind it, the company then had to deal with a public relations blunder involving founder Chip Wilson and a subsequent change in leadership. Unfortunately, investors paid the price, as Lululemon shares dropped roughly 30% in the last year. The challenging growth story stands in stark contrast to industry peer Under Armour (NYSE:UAA), which has been excelling on all fronts as of late.

However, in recent months, lululemon appeared to be on the verge of a turnaround. Management acknowledged brand concerns and limitations and even seemed to have a viable plan to correct the issues. However, during a recent investor presentation, company management refused to go into detail about Lululemon's new strategy, and investors and analysts alike seemed concerned. Shares fell more than 5%, and a cloud of doubt has once again settled over Lululemon. 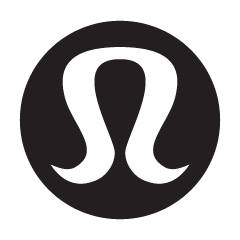 A possible turnaround at play
New CEO Laurent Potdevin seems to have acknowledged the company's shortcomings. He stated on the company's latest earnings call:

"As we move into 2014, we are reflecting on our learnings with humility and are entirely focused on our future. 2014 is an investment year with an emphasis on strengthening our foundation, reigniting our product engine, and accelerating sustainable and controlled global expansion."

The company has also started to widen its loyal consumer base, which will lessen its dependence on a mostly female consumer. In order to do this, Lululemon is focusing more on new product categories and brands.

For instance, the company's &go line is basically athletic wear designed for use in multiple settings. Not only can the yoga apparel be used for work outs, but it is also designed to be worn at work and even to after-work social scenes like bars. Early indications suggest the product line is a hit.

The &go line is reminiscent of some of the products that athletic-apparel maker Under Armour has made over the years. While Under Armour started as a niche, male-centric brand with a focus on athletes, the brand is now a favorite among a variety of consumers. It is not uncommon to see everyday folks wearing Under Armour gear in casual settings.

Also, Lululemon's Ivivva Athletica line has targeted young women successfully over the years. The brand, which caters to young women between the ages of 6-12, grew revenue 17% over the last year; the company has plans to expand it going forward.

The targeting of youthful consumers is another smart strategy by Lululemon management, and it is one that has been done successfully by competitor Under Armour over the years as well. Under Armour's recent clever marketing of super hero-themed gear has resonated well with America's youth and has ingrained the company in the minds of the next generation of consumers.

More dark clouds
While the company seems to have a viable growth strategy, management refuses to talk much about it. After the recent investor presentation in which management failed to provide any financial goals for 2014, analysts and investors alike began to complain about the company's overly vague statements.

Sterne Agee analyst Sam Poser explained, "Management spoke of building an 'authentic relationship' with the guests, creating an 'authentic global voice." Unfortunately, according to Poser, CEO Potdevin offered "no explanation of what being 'authentic' means."

However, with Lululemon management now appearing vague and noncommittal to the company's future growth goals, investors have to begin questioning whether current analyst estimates can be trusted. Just as Lululemon appeared to be getting back on track, the company's management team has made yet another serious blunder and has set shareholders back in the process.