Chipotle Mexican Grill (NYSE:CMG) places a great deal of emphasis on its customer experience, but it recognizes that part of increasing its brand relevance includes anticipating what the market wants. Chipotle operates in a fast-food climate, alongside the likes of the fastest of the fast like the burger giant McDonald's (NYSE:MCD). Thus, the burrito maker works diligently to stay atop of its customers' values, namely by providing high-quality food, prepared just how customers like it, as quickly as possible.

So what is throughput?
That's where Chipotle's throughput -- or how fast its teams can get customers through the line -- comes in. The burrito maker works diligently to promote a unique culture within each store, and thus it cultivates teams of employees who are devoted to the company's four pillars of service.

The four pillars are:

Mise en place -- having all the necessary ingredients prepped and in place.

Peak time expeditors, or expos -- having folks at the end of the line confirming orders and bagging them, which saves the cashier precious seconds during the ever-present burrito rush.

Linebackers -- having a shift manager behind the line in order to liaise the ingredient swap-out, thus allowing the meal makers to never have to turn away from a customer.

Aces in their places -- Chipotle works diligently to recognize each individual employee's unique strengths, thus allowing each manager to strategically position employees within the restaurant. This method of talent recognition, combined with strategic placement based on individual skillsets, allows each restaurant to provide the best service possible.

It's bigger than numbers
On its conference call earlier in the month, Chipotle emphasized the recent increase in its throughput numbers. During its first quarter, in its peak lunch and dinner hours Chipotle saw throughput in the 110-120 sales per hour range. The company anticipates that this momentum will continue as it strengthens its focus on cultivating the best teams it can. It's this people focus that has increased the company's assembly speed and this is also what sets Chipotle apart from other fast-food joints, like McDonald's.

Chipotle has placed its unique people culture at the center of its operational mission. Unlike McDonald's, the burrito maker has focused on implementing store-specific plans in order to recognize top performers who are empowered to achieve the highest standards possible while focusing on Chipotle's compelling vision of cultivating a better world.

It's a story of culture
Chipotle looks at its employees as the future leaders of the company, and thus makes them a top development priority. In order to truly cultivate its crews, the burrito maker has positioned each of its managers to elevate and develop the people around them. This approach is quite different than that of McDonald's, which relies upon a franchise model of employment which leaves the majority of its employees out in the cold with very few opportunities for advancement. Chipotle, on the other hand, has documented clear, implementable steps to outline how team members can move up in the burrito maker's ranks.

While McDonald's swats away complaints and lawsuits from disgruntled employees, Chipotle is watching the seeds of its employee-centered focus bear fruit. In fact, every single one of the burrito maker's general managers is poised to become a restaurateur (essentially a multi-store manager) within the next year. This value system for employee promotions ensures that Chipotle will have the human capital to continue its sustainable growth. 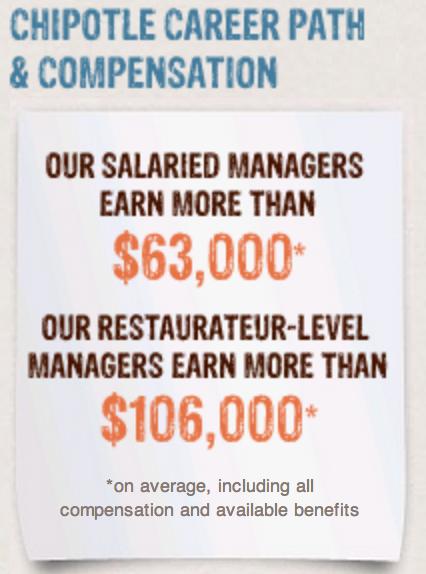 Organic in more ways than one
Chipotle's increased throughput momentum directly results from the company fostering the organic growth of all of its crew members, which will stay at the heart of the burrito maker's mission for years to come.