In the commodity world, the economics of supply and demand dictate market prices. For a company like Buffalo Wild Wings (NASDAQ:BWLD) that buys and sells many chicken wings, every penny counts in terms of its cost per pound. The less it spends on chicken wings, the higher its profits are.

In the first quarter of this year, Buffalo Wild Wings made a bundle of money, as the price it paid for chicken wings was $0.74 per pound lower than in the prior year. Buffalo Wild Wings saved 35% on its key food cost. And the Foolish reason why prices were lower? Because McDonald's (NYSE:MCD) crashed the chicken wing market with its Mighty Wings.

What happened to Mighty Wings?
Mighty Wings ended up being a mighty disaster for McDonald's. Of the 50 million pounds of wings McDonald's purchased for its Mighty Wings promotion, 10 million pounds were left over. And this year, instead of McDonald's eating the leftover chicken wings, it decided to get rid of them at fire-sale prices. McDonald's discounted the price by 40% and offered five wings for $3. The previous offer was three for $3.

Besides lower costs, sales grew
In the first quarter, Buffalo Wild Wings benefited not only from lower chicken wing costs but also higher sales. Same-store sales rose 6.6% at company-owned restaurants and 5% at franchised restaurants. Total revenue grew almost 21% from the prior year to $367.9 million. It certainly didn't hurt that Buffalo Wild Wings saw heavy traffic due to the Winter Olympics, the Super Bowl, and March Madness.

Bright outlook
So far in the second quarter, the strong sales gains have continued. For company-owned restaurants, same-store sales are higher by 5.7%; they're 4.4% higher at franchised restaurants compared to the same time last year. CEO Sally Smith expects net earnings to grow 25% this year, which is higher than she first anticipated. 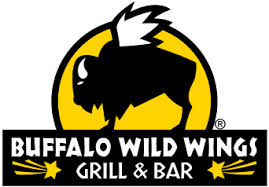 Buffalo Wild Wings is also in a good position financially. During the quarter, its total cash balance increased from $57.5 million at year-end 2013 to $72.5 million at the end of March. The company also has a $100 million unsecured line of credit, which is still available for acquisitions and investments. This year Buffalo Wild Wings plans to open 45 company-owned restaurants and 40 franchised restaurants.

In terms of menu items, Buffalo Wild Wings will launch a few limited-time items this year. These will include a Buffalo grilled cheese sandwich and a Prime Rib Philly sandwich. B-Dubs Sauce Lab will also unveil a new Honey Ginger Kick flavor for its wings.

Foolish final thoughts
There is still plenty of growth ahead for Buffalo Wild Wings. The company is just getting started with its international expansion plans and hopes to have 400 locations outside the U.S within the next 10 years. I see that as easily doable considering how well other chains have done when they've expanded internationally. With net earnings expected to grow 20% to 25% annually, Buffalo Wild Wings looks set to continue delivering strong returns for shareholders over the long run.