Coach (NYSE:TPR), the global manufacturer and retailer of luxury handbags, apparel, and accessories, has just announced its third-quarter earnings results and its stock has, unfortunately for shareholders, reacted by making a sharp move lower. Let's break down the report and see what we can expect from the company going forward, then take a look at one of its largest competitors, Michael Kors (NYSE:CPRI), to determine if we should be buying on the dip or if this is a warning sign to stay away. While today's move may be unfortunate for current shareholders they might just represent a fantastic opportunity for prospective ones.

The results are in
The third-quarter report was released before the market opened on April 29 and the results were mixed compared to expectations; here's a breakdown:

Earnings per share decreased 19% and revenue decreased 7.4% year-over-year, as the company faced slowed customer traffic at its stores and weaker-than-expected sales online.

Sales in North America, Coach's largest market region, declined 18% to $648 million as comparable-store sales fell an atrocious 21%. The company noted that sales of its handbags and accessories were much weaker than anticipated and strong sales in other categories could do little to offset the losses. 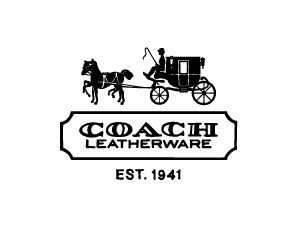 Sales were much better internationally, increasing 14% to $441 million, and this was led by 25% growth in China and 10% growth in Japan. Coach added that shipments to international wholesalers rose "significantly" during the quarter, so hopefully this momentum carries over into the fourth-quarter.

Overall, it was an awful quarter for Coach and its stock has reacted by falling more than 8% in the trading session that followed. The company has continually disappointed on earnings, but before drawing a final conclusion on whether or not this is an opportunity to buy on weakness, let's see what we can expect in the fourth-quarter...

I believe the company will continue to face the same issues in the fourth-quarter as it has for the last several quarters, causing results to fall below expectations; for these reasons, I would avoid an investment in Coach indefinitely and would add that there are much better investment opportunities elsewhere, like in Michael Kors.

The MK takeover continues
As Coach has struggled mightily, Michael Kors has been on an absolute tear, with earnings up 64.9% and revenue up 51% in the first nine months of fiscal 2014 compared to 2013. Its handbags and accessories are some of the most in-demand luxury products in the world and this demand is expected to bring fourth-quarter profits to all-time highs; here's what analysts currently expect the company to accomplish:

These estimates call for earnings per share to increase 36% and revenue to increase 37.6% year-over-year, and with the momentum the brand is carrying, I am fully confident that Michael Kors will satisfy analysts once again.

After another hideous quarter from Coach and the expectations for another quarter of 30%+ growth for Michael Kors, it is clear which company we should be investing in today. It is also worth noting that Michael Kors currently sits more than 10% below its 52-week high, which represents a picturesque buying opportunity into this high-growth company.

The Foolish bottom line
Coach has disappointed analysts and investors once again in its third-quarter report and shares have reacted by plummeting more than 8%. North America has continued to be extremely weak for the handbag maker and it does not look like things will be getting much better anytime soon. Foolish investors should avoid Coach's stock indefinitely until the companies' business stabilizes at the very least. As always Foolish investors should do their own research before making any investment decisions.