With every Fool looking for the next hot restaurant concept, what does this mean for Noodles & Company and its chances of becoming the next Chipotle?

First-quarter results
The biggest highlight of the quarter was that net income increased 56%. However, it only increased from $900,000 to $1.4 million. Earnings per share of $0.05 were in-line with expectations, but revenue came in lower than expectations. Total revenue increased slightly more than 10% to $89.5 million from $81.3 million last year. The increase in sales came from the opening of new restaurants, not from an increase in sales at previous locations. This is a bad sign, as investors want to see growth coming from both.

Outlook for the rest of the year
Management is still expecting to achieve its goals for 2014 and anticipates the rest of the year offsetting the weak first quarter. Noodles & Company plans to open 42 to 50 new company-owned restaurants and 10 to 15 new franchised locations this year. Comparable sales are expected to rebound and grow 2.5% to 3% for all of 2014. The company is targeting 25% in earnings-per-share growth.

The concept and menu are appealing, but questions remain
When Noodles & Company first opened back in 1995, the early reviews were not favorable. After making some changes and hiring a new chef, the company developed the current menu and has been adding items along the way. Today, customers can get noodles dishes from around the world as well as soups, salads, sandwiches, and flatbreads.

This is where I see the problem for Noodles & Company. When I go into a Noodles & Company restaurant, I'm not sure what I'm there for. The company has made the menu too large and gone too far from its core concept focused around noodles. And besides soups, salads, and sandwiches, there is Wisconsin Mac & Cheese next to Japanese Pan Noodles. I'm not quite sure how these two items end up next to one another besides having some form of noodles as an ingredient. Noodles & Company wants to serve noodles from around the world, but I think the company should take a more focused approach with its menu.

Chipotle is not making that mistake with ShopHouse
Chipotle knows that what makes a successful fast-casual concept is a focused menu with fresh ingredients. This has been the hallmark of Chipotle's success. It has perfected the "keep it simple" strategy that has made the chain as successful as it is today.

Chipotle is following the same game plan with its new concept, ShopHouse Southeast Asian Kitchen. ShopHouse takes its inspiration from the streets of Southeast Asia. On these streets, customers can get fresh rice or noodle bowls with marinated meats, spices, herbs, and vegetables in a variety of unique and flavorful combinations. 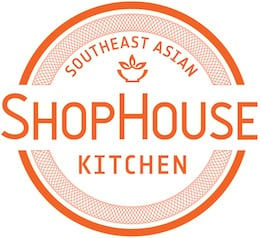 At ShopHouse, the format is similar to a Chipotle Mexican Grill. Customers start with a bowl, and then they add what they want from directly in front of them. They choose either rice, noodles, or salad and then add their choice of meats or tofu, vegetables, sauces, and garnishes, and there's even coconut rice and mango parfait for dessert.

So far, there are only six ShopHouse locations, and Chipotle is not disclosing sales numbers for the restaurants. However, Chipotle Chairman Steve Ells did say on the company's earnings call that he is pleased with the numbers and that the early read reminds him of what he saw in the early days of Chipotle Mexican Grill. Any comparison to Chipotle's early days by the man who built Chipotle Mexican Grill to what it is today is certainly a positive sign.

Foolish final thoughts
It's tough to own shares of Noodles & Company while they are trading at 136 times this year's earnings and 51 times next year's earnings and the company is posting weak internal sales growth. The company looks to have a bigger problem than the weather--its menu is not resonating with its customers.

The restaurant chain lacks an identity. Chipotle doesn't have that problem, and neither does ShopHouse Southeast Asian Kitchen. Until Noodles & Company can post strong comparable-sales growth in the high-single or low-double digits like Chipotle, its shares will remain weak, and investors are better off looking elsewhere for the next Chipotle. Or better yet, just stick with Chipotle.