Oculus CEO Brendan Iribe recently made a stunning announcement at TechCrunch Disrupt -- that his company wanted to build a billion-player, virtual reality (VR) massively multiplayer online (MMO) community with its new parent company, Facebook (NASDAQ:FB). That lofty goal of creating an online community with a billion users -- which would be the largest in history -- could be a key reason that Oculus sold itself to Facebook, which currently has 1.3 billion users, for $2 billion in March.

To put that billion-player figure into perspective, Activision Blizzard's (NASDAQ:ATVI) World of Warcraft, the most popular MMO in the world, had more than 12 million users at its peak in 2010. Linden Labs' Second Life, the most well-known online VR title, currently has 36 million accounts and over a million unique monthly visitors.

Oculus' VR headset, the Rift, has only sold 85,000 units so far -- a far cry from the 7.4 million PS4 units that Sony (NYSE:SNE) has sold since last November. Therefore, why does Oculus believe that it could eventually launch the first billion-player online community on its fledgling platform?

Is VR the next natural step for MMOs?
MMOs have come a long way since their early days in the 1970s and 1980s, when MMOs were still MUDs (multiplayer user dungeons) -- text-based virtual worlds usually based on Dungeons & Dragons adventures.

Graphics were added and improved over time, with milestone titles such as Neverwinter Nights on AOL (NYSE: AOL) in 1991, Ultima Online in 1997, Everquest in 1999, and finally World of Warcraft in 2004. Better graphics steadily filled in the gaps of players' imaginations, in the same way books became a visual medium through movies.

World of Warcraft, the most popular MMO game in history. Source: PC Gamer.

The success of Second Life, in which players live virtual lives instead of leveling up warriors and mages, demonstrated the allure of escapism in the virtual world. Players can get virtual jobs to earn "Linden dollars" and buy virtual goods and real estate. Yet some interactions in Second Life are undeniably creepy, such as players "acting out" virtual births or players making money by opening seedy underground sex clubs.

Oculus seems to want to take that kind of virtual escapism to the next level. Iribe stated that if players simply "let go," they could "have a real conversation with a person" while embodied in a virtual avatar. However, one has to wonder how "real" a conversation could be when both parties are donning virtual masks in a computer-generated environment. 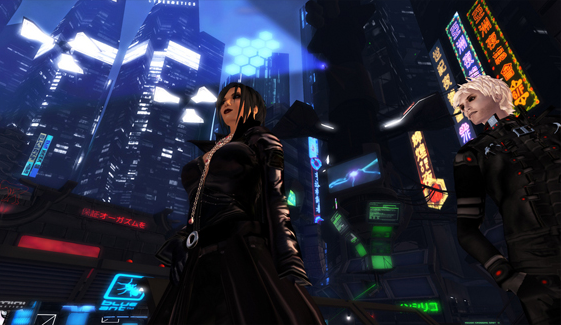 Dystopia or utopia?
Oculus and Facebook might see an opportunity in upgrading Second Life's world into a disorienting 3D reality for players to live out their virtual lives, but the idea also conjures up dystopian images from William Gibson's Neuromancer and the Wachowskis' Matrix films -- in which human minds become trapped inside a virtual dream. Nonetheless, Linden Labs has already forged ahead with a beta version of Second Life, which runs natively on Oculus Rift.

Consider what could happen if the addictive qualities of Facebook and MMOs were blended together in a seamless virtual environment. Social media and online games are already blamed for encouraging users to hide behind carefully crafted social media profiles or idealized 3D avatars. There are also plenty of stories of careers and marriages imploding due to World of Warcraft and Second Life addictions, so a 3D VR headset for these games could actually exacerbate a player's alienation from the real world.

Yet a virtual world built for the Oculus Rift could also help people instead of ensnaring them. As I mentioned in a previous article, the Rift has been used to treat veterans with post-traumatic stress disorder (PTSD), by allowing them to relive traumatic events in a controlled simulation. Earlier this year, dying cancer patient Roberta Firstenberg, who was too ill to leave her home, was able to take a virtual walk outside in the sun thanks to an Oculus Rift simulation.

A simulation of Berlin in Second Life. Source: Wikimedia Commons.

Virtual reality vs. augmented reality
When we compare the Oculus Rift to Google (NASDAQ:GOOG)(NASDAQ:GOOGL) Glass, we can see a major divergence between the two companies' visions for the future.

Whereas Oculus dreams of a world where people can visit different places and people through telepresence and virtual worlds, Google is enhancing the real world with augmented reality (AR) overlays like Maps and visual searches.

Simply put, Oculus imagines a future where people never have to leave their homes, but Google imagines one where computers become digital extensions of our bodies in the real world.

The road to a billion
Granted, the idea of a virtual reality hybrid of Facebook and Second Life -- where users might visit each other's profiles like museum galleries -- is certainly intriguing. But it's simply a silly concept outside of the home. Checking your Facebook profile with Google Glass' heads-up display makes sense, but it would be completely impractical to put a VR headset on your head for the same purpose while you're out in public.

Iribe's vision for a billion users is certainly ambitious, but it's also ludicrous. The Oculus Rift, if it can be compared to video game consoles, would need to top the best-selling console of all time, Sony's PlayStation 2, by more than 840 million units to hit a billion. Moreover, no modern game server -- even one hosted by Facebook -- could support a billion streaming connections.

I'm not sure why Brendan Iribe believes that 14% of the world's population will ever buy a $300 to $350 Oculus Rift and jump into the largest MMO in history. What do you think, dear readers -- could Iribe's vision of a VR world with a billion players be a reality one day, or is it a virtual fantasy?