Sports apparel and search engines are about as different as businesses can get. However, fitness giant Nike (NYSE:NKE) is following the lead of tech power Google (NASDAQ:GOOG) (NASDAQ:GOOGL) in one recent move. And Nike investors should be eating this up.

I'm referring, of course, to Nike's highly publicized decision recently to pull the plug on its popular FuelBand wearable bracelet and its subsequent choice to focus its efforts on dominating the software side of the coming market for wearable fitness software. In doing so, Nike proved that it understands Google's key lesson regarding software. 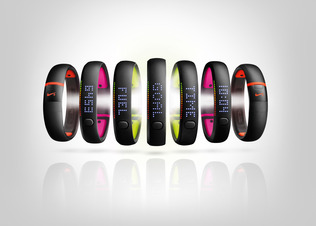 Leave the hardware, take the software
Today, Google's Android mobile operating system is the de facto standard that powers the majority of the world's smartphones and tablets.

This didn't happen by accident.

Sure, the business objectives were different from Nike's (Google did so to maintain its search dominance). But by not binding its software to any single one device, Google ensured that its software could spread everywhere outside of Apple's high-margin walled garden. Nike, by killing the FuelBand in favor of software, has set the stage to dominate fitness software across the board.

In the following video, tech and telecom specialist Andrew Tonner praises the move on Nike's part and argues that this Google-esque tactic best positions it to compete as the market for wearable devices takes off.