Netflix (NASDAQ:NFLX) CEO Reed Hastings didn't like the humbling Qwikster fiasco at all. Now he's back to fiddling with streaming service prices, and he's taking no chances this time.

Once upon a time, in a galaxy not so far away, Netflix used to simply include streaming videos as a free bonus for DVD-mailer subscribers. Then the streaming option grew up a bit, and it started to make sense to split digital streams off from the DVD-based product.

It was absolutely the right thing to do, but the transition was handled with all the grace of an arthritic rhinoceros. Netflix subscribers who wanted both DVD and streaming services saw their service fees doubling overnight. Others picked either the digital option or the disc-based one, dropping the other -- and got less value for the same monthly cost.

And to add insult to injury, the Qwikster rebranding would have separated your DVD viewing and rating history from the streaming service altogether. And nobody wants to log in to two sites to manage a family of related services. It was an abject lesson in how not to manage a big policy change, learned the hard way.

It's no wonder Netflix hit the skids at that point. 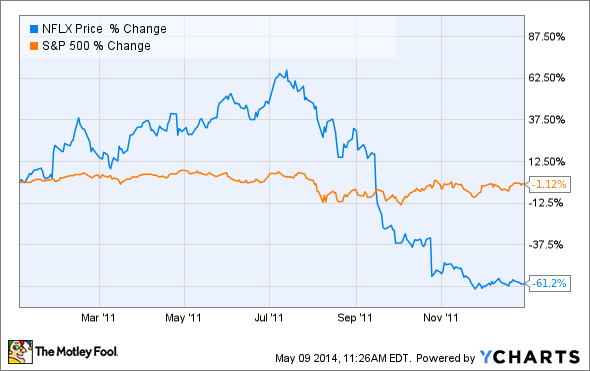 This time, Hasting handled the price change in stages. 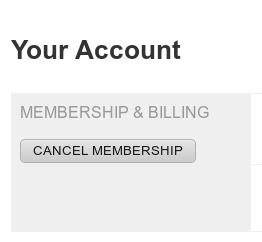 Hastings clearly learned his lesson from Qwikster. He might even have consulted experts in the field of pricing psychology and retail strategies. This is how a professional handles scary, unpopular changes. And it's a far cry from the clumsy introduction and embarrassing retreat from the Qwikster split.

The two-year grandfathering clause limits the immediate financial impact from the pricing change, and works out to nearly three free months of service at the new $8.99 price.

There's one small caveat: Netflix sees a steady stream of people canceling and then coming back to the streaming service, and makes the whole process very easy (see screenshot above).

But if you do that now, you'll come back to the full $8.99 price. It's spelled out very clearly before you do that second click to confirm your cancellation. Some customers with a planned return in mind might rethink their Netflix downtime since they'd end up losing some money in the long run. That wrinkle could make an impact on Netflix's subscriber churn, and might even have a paradoxically positive effect on subscriber growth. 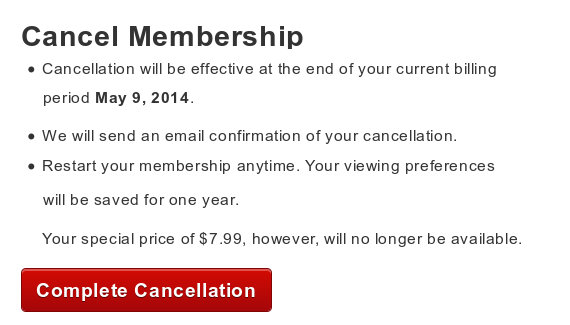 There are no sure things in business or investing, but this is about as painless a price increase as anything I might imagine for Netflix. And when the two-year transition period ends, a dramatically higher customer count gets a 12.5% revenue bonus on top.

Maybe that's when Netflix starts worrying about positive profits and cash flows. Until then, it's all about growth at any cost. Call me crazy, but I'm very happy with that choice.

No Pain, No Gain: Netflix, Inc. Learned a Lot From the Qwikster Disaster @themotleyfool #stocks $NFLX Next Article
Current