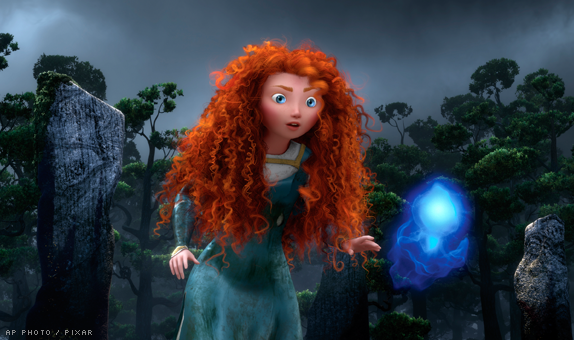 "You can't manage what you can't measure" is a frequently expressed maxim in the business world. Unfortunately, it's a ridiculous thing to say, according to Ed Catmull, president of Pixar and Disney (NYSE:DIS) Animation Studios.

In his excellent new book Creativity, Inc., Catmull argues that a lot of what we do in our lives can't be measured, and not realizing that simple fact has unintended consequences. When people think that data are providing them with the entire picture, they tend to ignore what they can't see. Catmull feels this can lead to serious problems. This lesson is a big theme of his book, which is subtitled, "Overcoming the unseen forces that stand in the way of true inspiration."

Catmull, who studied physics and computer science in college, relies heavily on data in his work, of course. But he wisely recommends measuring what you can, while appreciating that "you cannot measure the vast majority of what you do."

That's just one of many keen insights you'll discover in Creativity, Inc. Below are nine more that I found particularly instructive.

1. "...For all the care you put into artistry, visual polish frequently doesn't matter if you are getting the story right."
Pixar's No. 1 principle as a company is: Story is King. It doesn't let anything -- technology, merchandising, etc. -- get in the way of the story. That golden rule has resulted in the company delivering 14 No. 1 movies in a row.

2. "Whatever these forces are that make people do dumb things, they are powerful, they are often invisible, and they lurk even in the best of environments."
The idea that even great companies will eventually make mistakes is one of the reasons Catmull decided to write this book. He mentions Toyota as an example. Despite its strong culture, Toyota failed a few years ago to acknowledge serious problems with its braking systems. The subsequent embarrassment of the firm should serve as a cautionary tale to all companies.

3. "Getting the right people and the right chemistry is more important than getting the right idea."
Catmull has thought a lot about this issue over the years, and feels most people get it wrong. A particular movie, he argues, is not just one idea but a multitude of them. And behind all of those ideas are people. He believes it is focusing on "people -- their work habits, their talents, their values -- that is absolutely central to any creative venture."

4. "To ensure quality, then, excellence must be an earned word, attributed by others to us, not proclaimed by us about ourselves. It is the responsibility of good leaders to make sure that words remain attached to the meanings and ideals they represent."
The emphasis on quality at Pixar is legendary and inspiring. Catmull tells the story of a collaboration with Disney on Toy Story 2. When executives from both companies screened a deeply flawed version of the film, the execs from Disney felt the film was "good enough" to release. The Pixar team thought differently, however, and decided to redo it.

It took nine months of grueling work to get the film right in the end. Catmull feels the company's true identity was forged during that difficult time.

5. "...early on, all of our movies suck."
For me, this was one of the most valuable insights from the book. All creativity, according to Catmull, must start somewhere. Only by beginning the process and receiving periodic feedback can excellence be created. Catmull succinctly describes the process as shepherding a film from "suck to not-suck."

6. "A good note says what is wrong, what is missing, what isn't clear, what makes no sense...a good note is specific. 'I'm writhing with boredom' is not a good note."
Delivering candid and constructive feedback is an essential part of the culture at Pixar. One way they provide it is via "good notes." Just tearing something down is not a good note, according to Catmull. The true aim is to build as you are breaking down. The art of delivering constructive criticism has played a huge role in Pixar's success, and it's a practice the company is committed to perfecting.

7. "Mistakes aren't a necessary evil. They aren't evil at all. They are an inevitable consequence of doing something new (and, as such, should be seen as valuable; without them, we'd have no originality)."
The notion that we learn from our mistakes is a staple of any "cutting-edge" business book, of course. In fact, it feels like there's an entire cottage industry devoted to this somewhat obvious principle.

I like the way Catmull approaches this concept, however. He thinks mistakes are an essential part of any new endeavor. The goal is to learn from them as soon as possible. Setting yourself up to avoid mistakes can often be the enemy of creative pursuits. Catmull wants people at Pixar to try things that might not work, and sees his own role as trying to make it less expensive to fail.

8. "The Hidden -- and our acknowledgement of it -- is an absolutely essential part of rooting out what impedes our progress: clinging to what works, fearing change, and deluding ourselves about our roles in our own success. Candor, safety, research, self-assessment, and protecting the new are all mechanisms we can use to confront the unknown and to keep the chaos and fear to a minimum."
This quote is critical to understanding Catmull's overall philosophy. Throughout the book, he shows how randomness affects all of our lives. In an entire chapter devoted to "The Hidden," he discusses some of the random events that might have resulted in an entirely different future for Pixar. Leading a creative company, for Catmull, is really about planning for unknowable future events with imperfect information about your processes and operations.

9. "In many ways, the work of a critic is easy," Ego says [Ego is the food critic in Ratatouille]. "We risk very little yet enjoy a position over those who offer up their work and their selves to our judgment. We thrive on negative criticism, which is fun to write and to read. But the bitter truth we critics must face is that in the grand scheme of things, the average piece of junk is probably more meaningful than our criticism designating it so. But there are times when a critic truly risks something, and that is in the discovery and defense of the new. The world is often unkind to new talent, new creations. The new needs friends."
This quote is one of Catmull's favorite moments from a Pixar movie, and I really love it, too.

As a parent and former manager, I know how easy it is to provide negative criticism. I also know how much more valuable and effective constructive criticism can be, particularly in relation to new initiatives. "The new needs friends" is a wise motto that many of us can benefit from in a variety of different areas. Catmull is an outstanding teacher, and I highly recommend his fine book.

I also recommend this great investor report, which outlines one stock pick that's been called "The Top Stock of 2014". Click here now to read for yourself.