If you think of Denny's (NASDAQ:DENN) as a mature diner chain with little-to-no growth ahead, then you are wrong. Denny's reported an impressive first quarter, including a milestone, and dropped hints that the good times will continue.

The grand slam results
On April 28, Denny's reported fiscal first-quarter results. Sales at company-owned domestic restaurants popped 3.2%. For franchisees, they rose 1.5%. Net income was $6.4 million, or $0.07 per diluted share, along with adjusted free cash flow of $6.7 million. It was the 11th quarter out of the last 12 of positive same-store sales gains, and it was the strongest quarter of same-store sales gains at company-owned restaurants in more than seven years.

John Miller, president and CEO of Denny's, credited the gains to the company's "Heritage remodel program" that is helping to drive increased guest traffic. He also credited Denny's efforts toward improvements in "food, service[,] and atmosphere to evolve the business." The same-store sales increase for company-owned spots would have been even better, but its highest volume location in Las Vegas is currently closed during a remodel.

Looking to the outfield
Mark Wolfinger, Denny's CFO, pointed out that the single Denny's in Las Vegas had $7.9 million in sales and $2.9 million in pre-tax operating income in 2013, so its shutdown is a temporary but large blow. The good news is that the landlord is funding the remodel along with a new long-term lease. The restaurant is expected to reopen in 2015.

Remodels are key to Denny's growth. The company expects 2014 same-store sales increases of between 2% and 3% for company-owned locations and between 1% and 2% for franchisees. This compares to previous guidance of between 1.5% and 2.5% for company-owned restaurants and zero to 1% for franchisees. Total adjusted earnings before interest, taxes, depreciation, and amortization are expected to be between $77 million and $79 million with adjusted free cash flow of between $44 million and $47 million.

During the conference call, CEO Miller explained why the company-owned locations are growing faster than the franchisees. It is simply due to the fact that their remodels are happening faster. Denny's remodels include giving restaurants a "contemporary diner feel." The restaurants that undergo the remodels tend to see an instant boost in sales.

The exciting part for potential growth is therefore with the franchisees. Approximately 70% of them are due for a remodeling -- and are required to do so -- over the next five years. As they are rolled out in a steady fashion, this should add a positive tailwind to the growth in systemwide same-store sales, especially among the franchisees just as we are witnessing with the company-owned locations. Miller stated, "Our franchisees are doing a great job adopting, implementing and rolling out this program as one would expect."

According to Miller, post-remodel the restaurants see on average "sort of mid-single digit" percentage growth. He believes this is due to curiosity as well as the fact that frequent customers tend to increase their visits even more with the remodels, especially at dinner time. That makes sense if you think about it, as the dinner crowd tends to have higher expectations for atmosphere than the breakfast and lunch crowds. 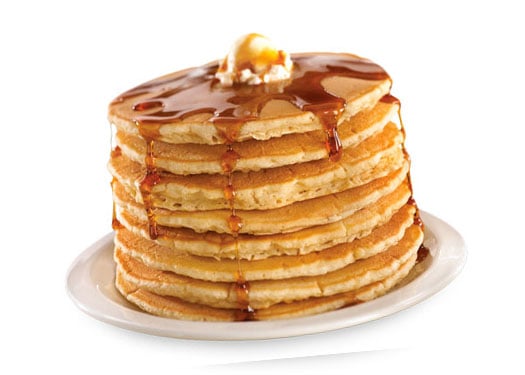 Foolish final thoughts
One thing particularly interesting was that Denny's refused to blame the weather. It was only when really pushed in the conference call that anybody at Denny's would even acknowledge that the weather had some negative effect. Given that it did, yet the company-owned spots had their best quarter in seven years, illustrates just how much the remodel program strengthens the brand. While I doubt Denny's will make you rich, the stock deserves a closer look.