Smartphones, particularly in the mid-to-low-end, are becoming increasingly commoditized.

Samsung (NASDAQOTH: SSNLF) is feeling the pressure as smaller "white box" OEMs manufacture generic Google (NASDAQ:GOOG) (NASDAQ:GOOGL) Android phones. InvenSense (NYSE:INVN) CEO Behrooz Abdi has one idea on how these generic phones can differentiate themselves from the competition -- buy his company's products.

Android phones aren't necessarily smartphones
Many of the low-end Android phones sold in developing countries aren't very smart. The units have phone and WiFi antennae, so they can make calls and browse the web, but they're missing the additional features that many high-end smartphone owners take for granted. 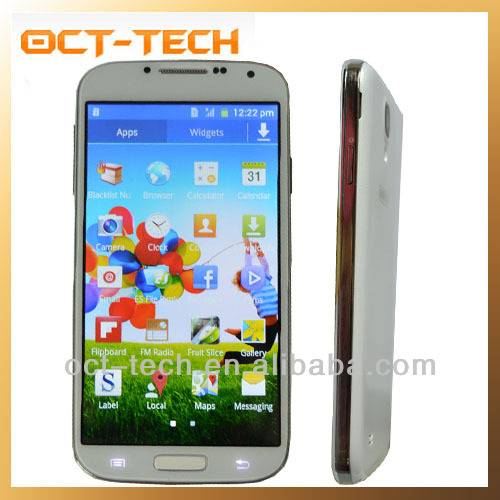 For example, this phone costs about $50, but lacks GPS and motion sensing capabilities. It's great for what it is, a feature phone upgrade, but it lacks the full capabilities of many smartphones.

Upgrading the motion sensing capabilities would allow the phone to sell for a much higher price. That's because many Android games require a gyroscope to get their full functionality. As a result, one small upgrade adds a ton of entertainment value to the device.

But even in that 25% penetration, InvenSense had just a 20% market share last year, according to Abdi. In other words, only 5% of phones had an InvenSense sensor inside. Considering Samsung, InvenSense's biggest customer, took over 30% of the smartphone market in 2013, and has neglected to use InvenSense's top-notch gyroscopes in all of its products.

Of course, Samsung has relied on other companies for motion sensors, particularly for the low-end, but InvenSense management estimates its share of Samsung's designs are now well above 50%. As Samsung looks to differentiate its products, it's tapping InvenSense more and more.

How Samsung plans to stay ahead
Aside from offering better motion sensing capabilities than other low-end smartphones, Samsung is finally starting to take advantage of its investment in Tizen. Tizen is a mobile OS based on Google's open source Android.

After more than two years of development behind the scenes, Samsung is finally ready to release its first Tizen phone. Instead of opting for a low-end phone to launch Tizen on, however, Samsung is releasing a power-packed smartphone. The catch: it's launching in Russia first.

It's a clever move to get more developers working on Tizen apps. Developers already have enough limitations on the smartphone platform, adding more by restricting hardware capabilities would surely discourage some app makers. And if Samsung wants to succeed with Tizen, it needs apps.

I suspect Samsung will eventually roll out Tizen phones at all price ranges and all markets. When it does, it could take the Google approach of selling hardware near cost and making up margins on the backend with app downloads. This strategy, coupled with Samsung's scale, will allow the company to offer better hardware than its white box competitors while matching prices.

If successful, Samsung's Tizen could be a thorn in the side of Google. Samsung is the biggest Android phone manufacturer, especially on the high-end, and any distance put between Android and Samsung by Tizen could impact app sales while opening the door for competing search, email, and mapping services on smartphones. Not to mention the lost revenue from app downloads, which are naturally more prevalent on high-end phones.

Never get rid of generics though
Try as it might, however, Samsung will likely never get rid of the generic smartphones it competes with on the low-end. For InvenSense, though, the generic phones are simply getting better. That means better penetration of the market as we see wider adoption of gyroscopes and other motion sensors.