After finishing last week at another record high (the eighth in the last 10 trading sessions!), U.S. stocks are little changed on Monday morning, with the benchmark S&P 500 and the narrower Dow Jones Industrial Average (DJINDICES:^DJI) both up about 0.1% at 10:15 a.m. EDT. As broad market valuations become increasingly stretched -- the S&P 500 is now at 15.1 times the next 12 months' earnings per share and 25.9 times cyclically adjusted earnings per share – it's imperative to look individual stocks for truly compelling value (though even this task is more challenging). 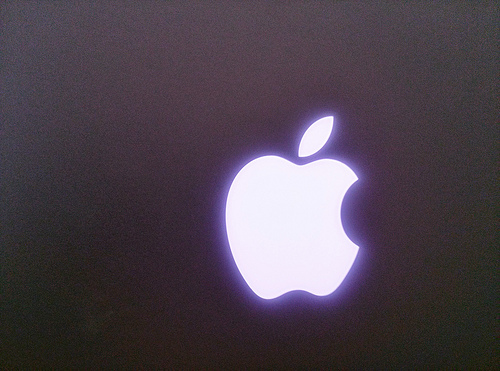 If you're an Apple (NASDAQ:AAPL) investor, don't be alarmed by the stock quote this morning: The shares have not lost 85% of their value; instead, they've done a seven-for-one split (i.e., where you owned one share, you now own seven; the same goes for all other investors and the total number of shares outstanding is multiplied by seven).

Apple's stock has been on quite a run since it announced the share split on April 23, rising 23% through Friday against 4% for the S&P 500; the stock also achieved a 52-week high on Friday. Is that too far, too fast? Over the weekend, the venerable Up and Down Wall Street column of Barron's noted that:

However I think the split is not a sign of a top in the shares.

First, as a general remark, it's worth repeating that the split has absolutely zero economic impact.

Second, as Barron's rightly pointed out, there were other things going on in 1987 and April 2000 that affected the stock market broadly.

Third, the stock split is an inconsequential event in a period that has been rich in news concerning the world's most valuable company. Indeed, Apple announced the split coincident with its fiscal second-quarter earnings release, which substantially exceeded Wall Street's expectations and included a large increase in the company's capital return program. The one-day reaction in the share price to the earnings release on April 24 (+8.2%) accounts for more than a third of the cumulative share price increase since April 23.

In addition, Apple's Worldwide Developers Conference was held last week -- during which the stock rose another 2%. Although no new hardware products were unveiled, the focus on new operating systems for the Mac and the iPhone/iPad was well received (see my Foolish colleague Tyler Lacoma's analysis of the highlights of Apple's WWDC.) Not to mention that Apple also announced first ever 10-figure acquisition, premium headphones and streaming music company Beats Electronics.

Finally, because the short-term behavior of stock prices is essentially unpredictable, it's always worth grounding oneself in notions of business fundamentals and intrinsic value. At 13.5 times estimated fiscal year 2015 earnings per share, Apple shares don't look overvalued. The run-up since the end of April has simply helped align the stock price closer to its intrinsic value after a period during which negative sentiment caused it to overshoot to the downside. As such, there is little reason to fear a downside correction from the current level -- even if it were to occur.

Is Apple's Stock Split the Sign of a Top? @themotleyfool #stocks $^DJI $AAPL Next Article
Current