Since the Russell and S&P announced they would remove BDCs from some of their indexes, BDCs have been selling off.

But not all BDCs are in the dumps. FS Investment Corp. (NYSE: FSIC) stands as one of the few BDCs that has been gaining in value, not declining, in recent weeks. 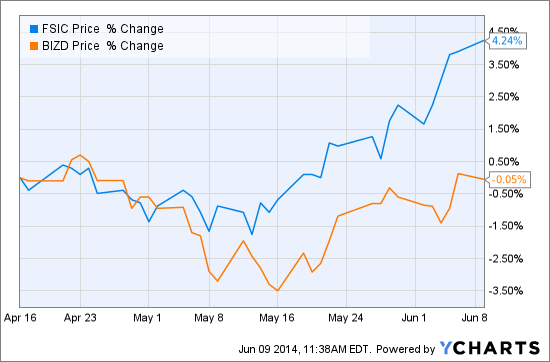 The new kid on the block
FS Investment Corp. is a relatively new BDC, founded in the depths of the recession as a non-traded BDC. But where most non-traded BDCs get a bad rap, it is doing well by its new public owners.

A quality company?
FS Investment Corp. hasn't yet been tested by a downturn, but it's safe to say its managers certainly benefit from a better-than-average reputation. FS Investment Corp. has an exclusive arrangement with GSO Blackstone (NYSE:BX), the credit arm of the giant private equity firm of the same name.

The external management arrangement is a boon to FS Investment Corp. The company recently reported that 57% of its portfolio was originated directly -- investments it completed with its own proprietary deal flow. BDCs that originate their own deals can usually obtain favorable terms -- higher rates, stronger covenants, and origination fees.

Since inception, FS Investment Corp. has managed to generate realized gains in excess  of losses, although this is what you'd expect given its 2009 launch date. 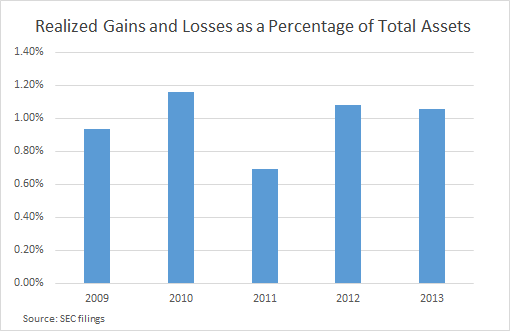 The risks
Excluding the company's brief history, some other risks remain. First, unlike most BDCs, FS Investment Corp. is financing the majority of its balance sheet with credit facilities.

Although this leads to low-cost funding, relying on credit facilities turned out to be a poor strategy in the last downturn, as the credit crunch left many banks to cut credit to marginal borrowers. A mix of long- and short-term debt is more favorable from a liquidity perspective.

The last word
It pays to be patient. While the company performed well as a private fund, it now faces quarter-to-quarter scrutiny of its investment strategies. The transition to a public company may be difficult. As a private BDC, FS Investment Corp shareholders didn't get to see the volatility that is inherent in leveraged debt investments.

I remain somewhat concerned the company may have an embedded interest in "managing" its share price for investors who aren't used to seeing their investment move up and down daily on a public exchange.

The company is likely better suited for your watch-list than your portfolio until we see what a "mature" FS Investment Corp. will look like. But keep it close -- betting on Blackstone-managed funds has historically been a pretty good wager.