It's no secret that U.S. coal suppliers have seen some very tough times lately. The coal market can be tracked using the Market Vectors Coal ETF (NYSEMKT:KOL), which is down approximately 60% over the last three years.

With a vast majority of domestic coal used for energy production, changes in the electricity markets will have a significant impact on this commodity and coal mining companies. 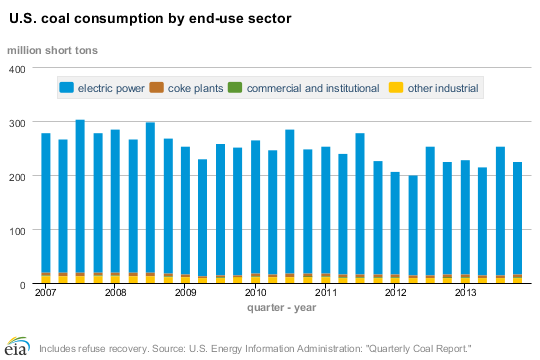 Both political and economic factors have played a historic role in both the supply and demand of coal. The future of this commodity looks to hold much of the same, which will continue to impact the Market Vectors Coal ETF.

These external factors also impact domestic companies like Arch Coal (NYSE: ACI), which has been struggling with profitability lately. Arch Coal's metallurgical coal platform is expanding, but a vast majority of Arch's coal goes to producers of electric power in 37 of the 48 continental U.S. states.

Arch Coal recently reported a $0.60 loss for the first quarter and looks to be entering a sort of business hibernation. John W. Eaves, Arch's President and CEO, stated, "at Arch, we are taking proactive steps to manage our controllable costs and capital spending, reduce our cash outflows and preserve our liquidity. Moreover, we are reducing our expected metallurgical coal sales volume by approximately 1 million tons for 2014."

Even global companies like Peabody Energy (OTC:BTUU.Q) could feel the pinch. Of the 251.7 million tons of coal the company produced in 2013, approximately 95% was thermal coal. If other nations follow the United States in pollution reduction, even established producers like Peabody Energy won't be immune.

Peabody Energy posted an adjusted loss of  $0.19 per share in the first quarter of 2014. Cost-cutting measures and higher sales volume following an unusually cold winter provided a buffer against lower realized pricing per ton. Australia saw a 17% decline in revenue per ton, while the U.S. experienced a 7% decline. The saving grace for Peabody may be significant holdings in the sub-bituminous low sulfur coal deposits in Wyoming and Montana, which are environmentally preferable, and access to the Asian markets, which are seeing increasing demand.

MATS
With the Mercury and Air Toxics Standards (MATS) set to take effect in April 2015, many companies are retiring coal-fired plants at an increasing rate. Currently, 300,000 MW are generated from coal in the U.S. The EIA's revised estimate, released in February 2014, is now projecting retirements that represent approximately 20% of total capacity or 60,000 MW. This is up from 40,000 MW. This will permanently change the face of energy in the U.S.

According to NOAA's Annual Greenhouse Gas Index, carbon dioxide is still the number one contributor to radiative forcing. 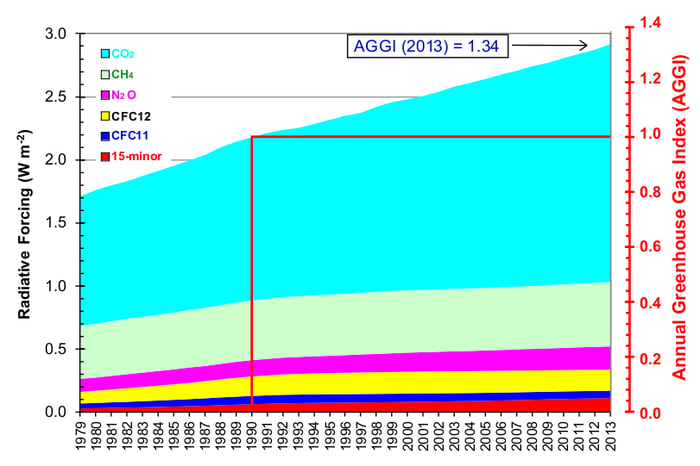 Radiative forcing is the difference of radiant energy received by the Earth and energy radiated back to space. This is the chief cause of global warming.

This plan presented two different scenarios regarding the outcome for coal pricing. The first saw a decline in coal pricing of 12%. The second saw a price decline of 16-18%. Natural gas was projected to make up the difference, resulting in price increases for that commodity ranging from 10-11% and 9-12%, respectively.

Economics
In the EIA's Market Trends of Electricity Demand, found in the 2014 Annual Energy Outlook (AOE), future capacity projections were made based on economic expectations. This excluded government subsidies, but included existing environmental legislation already on the books. 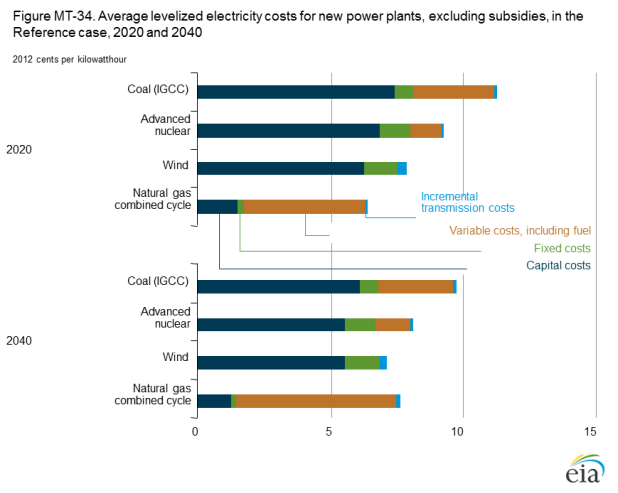 The news was not good for coal. Existing policy, including MATS, made for forbidding initial capital costs. This was exasperated by high fuel costs, making it the most expensive form of electricity in 2020 and 2040, according to the study (which also examined natural gas, nuclear, and wind.) The result is that predicted coal plant construction is nonexistent going forward. 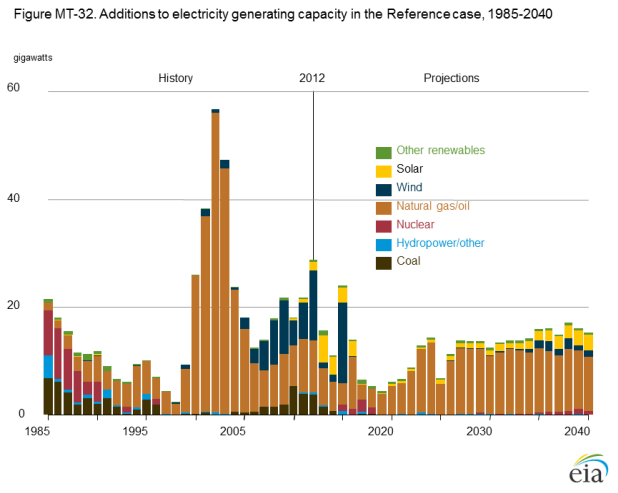 This study did not take into account the potential costs from the recently proposed EPA carbon dioxide reduction plan. This of course puts an even greater burden on coal fired plants, further reducing likelihood of construction.

The payoff
The coal industry seems to have numerous factors conspiring against its future. The economics of power plant construction don't appear to be in its favor. Increasing regulation and legislation look to curtail the use of coal for other favorable substitutions. As a result, the Market Vectors Coal ETF, as well as companies like Arch Coal and Peabody Energy, will continue to see tough times.