Chris Brantley
(chrisb21)
Author Bio
Chris Brantley is a contributor at The Motley Fool specializing in sports-related businesses, the food and beverage industry, and whatever else piques his curiosity in the world of business and beyond.

With every new earnings report, Facebook (NASDAQ:FB) is becoming more and more likable. Mark Zuckerberg also looks more like a savvy businessman -- able to put the right team around him -- not simply a silicon valley celebrity. He and his team have made Facebook into an advertising revenue juggernaut. At the moment, only Google (NASDAQ:GOOG) (NASDAQ:GOOGL) with $50.5 billion in annual ad revenues does it better. 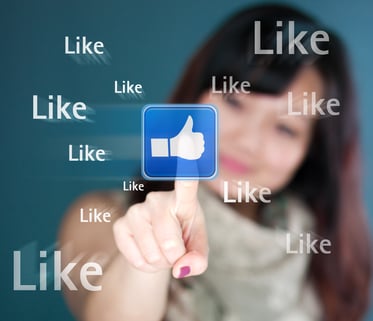 Facebook gets monetizing social media.
At the end of the 1990's, everyone seemed to be starting a dot com with no real plan on how it was going to monetize the companies. Most had a vague "Field of Dreams" strategy -- build it and the revenues and profits will come. Unfortunately, that didn't work out for most of the companies or investors.

When social media became the next big thing, many wondered if it was the dot-com bubble all over again. Brash and brilliant young guys or gals with amazing ideas, but no real clue on how to monetize the idea. Nothing wrong with that if it's a hobby, but to go public, ask investors to place their faith and hard-earned money in your coffers, and provide a growing return, a company needs more than a 3-minute elevator pitch. It needs a business model that generates revenue consistently. Facebook has proven it can do that. In Q1 of 2014, advertising revenues climbed 81.9% year-over-year.

Google and Facebook should reap a large percentage of the ad spend due to their large audience and ability to target ads and content internationally, nationally, regionally, and locally. As an added bonus look for former PayPal chief, David Marcus, to reenergize Facebook's messaging team and mobile payment efforts.

Facebook is easy to understand
Warren Buffett eschewed tech and Internet companies because he said, he didn't understand them. However, Facebook's business model is fairly straightforward. Most investors that can track how Facebook makes money and if it's growing or shrinking by calculating a few percentages. A quick review of key metrics each quarter can help you determine the trajectory of Facebook's operations.

The metrics include DAUs, MAUs, ad revenue growth and average revenue per user (ARPU). For example, if Facebook makes progress in mobile payments, total revenues and ad revenues will still go up, but be a smaller percentage of total revenues. If users and ad revenues keep increasing at a double-digit clip year-over-year, the value of the company should increase if it keeps costs in line.

A simple fool
Boiling companies down to a few simple metrics is not always doable, but if possible it gives you a fast and effective way to evaluate whether it's time to stay in or get out. Facebook, like many tech or Internet companies, is not a company you can buy and hold forever. The social media landscape could turn on a dime, but it is a solid bet for the next year and possibly longer if the numbers hold up.