Facebook (NASDAQ:FB) has been facing big worries regarding intense competition in the social media space. Mobile-first social apps such as SnapChat and WhatsApp are growing more popular, while many young users no longer find Facebook cool, preferring instead to join other platforms such as Instagram. Facebook, of course, bought Instagram and WhatsApp to eliminate some of this competition, but there is a limit to how much it can rely on this trick to stay ahead of the pack, grab user attention, and generate revenue from each.

Facebook, however, made several key announcements during its f8 conference in May this year, that showed that it's quickly finding new non-traditional revenue sources.

Mobile app developers could soon find a home in Facebook
Apple (NASDAQ:AAPL) and Google (NASDAQ:GOOG)(NASDAQ:GOOGL) are the undisputed mobile app champs. Apple revealed during this year's WWDC event that it has 1.2 million apps in its app store. Google's I/O conference will be held in June 25-26, but the search giant announced during last year's I/O that it had accumulated 800,000 apps in Google Play. Apple made $10 billion from app downloads last year, while Google made $5 billion.

This is no doubt great news for the two companies, but not-so-great news for mobile app developers. Having so many apps parked in the giant app stores makes it hard for your own app to get noticed. Facebook knows this, and is now offering developers an alternative.

A cross-platform platform
Facebook announced a new set of  tools during its f8 developer conference in May this year. The social media giant is now positioning itself as the developer's friend, by integrating what it's calling a ''cross-platform platform'' strategy that cuts across iOS, Android and Windows in its own mobile strategy. Developers have traditionally focused on appealing to Google and Apple when creating their apps. But, Facebook is now trying to lure mobile app developers to its own camp by offering them tools that will help developers de-commoditize their apps and compete better in today's cut-throat environment.

Facebook also introduced app-installs in October 2012. This tool helps drive more people to apps displayed on Facebook pages. The tool has been hugely successful since its launch, and 350 million mobile apps have been downloaded via Facebook pages to-date. Macquarie Equities Research estimates that Facebook generates about $2-$3 for every app downloaded from its pages. At the current growth rate, 500 million app-installs are firmly in the cross hairs for Facebook in fiscal 2014, which will yield a revenue of $1 billion to $1.5 billion.

Facebook Ads and e-commerce
But, perhaps Facebook's best announcement was how it planned to get around the knotty problem of earning more ad revenue without displaying more ads on its pages. A study conducted by Forrester Research last year found that marketers were unhappy with Facebook ads because the company displayed its ads to only 16% of users. 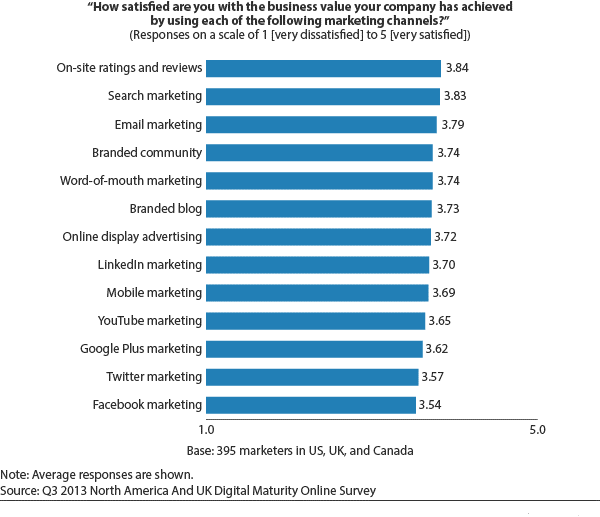 Facebook faces a special dilemma here. The site cannot display too many ads to its users since its risks annoying them. Facebook has, however, worked out an ingenious way around this problem, by introducing Audience Network.

Audience Network is a mobile ad network that lets marketers use Facebook huge cache of personal data to target their ads better on third-party publisher apps. Facebook will take a cut of what the marketers pay, while the rest will go to the developers. Rather than cluttering its own pages with more ads, Facebook will now monetize its deep database of volunteered personal information with ads displayed on other websites.

It's very likely that this new tool will quickly gain traction and become popular with marketers, perhaps growing to the level of app-installs in a few years' time.

Bottom line
Facebook is still growing its top-line at a fast clip -- 55% top-line growth in fiscal 2013, and 72% in the first-quarter of 2014. The company is also rapidly devising new and promising non-traditional revenue sources that will help it keep ahead of the chasing social media pack.