The Dow Jones Industrial Average (DJINDICES:^DJI) doesn't contain the most exciting names on the market, but it does contain some of the best blue chip stocks there are. These are large, diverse companies with consistent cash flows and consistent dividends.

One of the best of those dividend payers is 3M (NYSE:MMM), which has been paying a dividend for 97 straight years and has increased its payment for 56 consecutive years. So how does 3M do it? Let's take a look at this unique business.

Scotch Tape has become an iconic product and a consistent revenue source for 3M.

3M's dividend powerhouse
Last year, 3M generated $30.9 billion in revenue and $4.7 billion in earnings from five major businesses around the world. In fact, more than 70% of 3M's revenue comes from outside the U.S., so the company is diverse not only in the industries it serve, but the locations as well.

Post-it Notes grew into flags, one of many product line extensions 3M has done.

The plethora of products 3M makes starts in the lab, where 3M is known as one of the best research companies in the world. Products like Scotch tape, the Post-it Note, brightness enhancement film, and sandpaper all originated in the lab and spread their way across the country. The expertise the company has makes it a go-to for customers large and small, particularly in sandpaper, adhesives, and display films.

From my experience, the lab at 3M often focuses on new technologies and products and not necessarily serving a specific end market, but that's one of the keys of the company's diversification. There are over two dozen divisions, but they're categorized into big businesses of Industrial, Health Care, Safety & Graphics, Consumer, and Electronics & Energy. This structure allows 3M to focus research and sales efforts to specific markets, while still cross-pollinating products into adjacent industries. 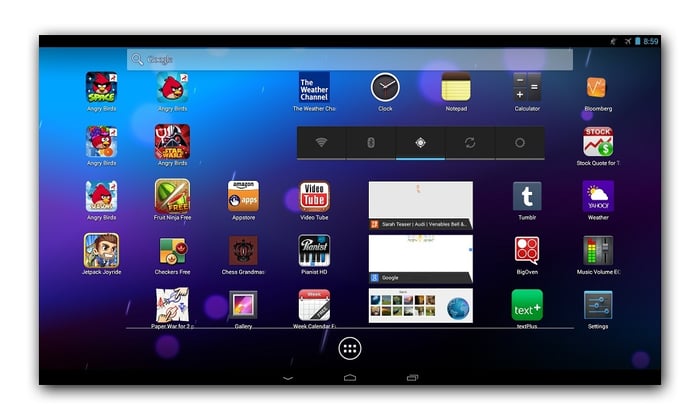 The display business has even brought 3M into making large displays like this one.

From a cash flow perspective, 3M's focus on technology allows it to command high margins for its products. In 2013, operating margins were 21.9%, incredibly high for such a diverse company. Return on invested capital was also 20%, so manufacturing capital is being deployed quickly, even leading to a free cash flow conversion of 89%.

3M isn't the exciting growth company it was a few decades ago, but it's diversified into five huge end markets and nearly every part of the world, and it has the R&D muscle to keep returns and cash flow high for years to come. With companies cutting back on expenses like research and new investment dollars going into tech and not industrial innovation, 3M is in a unique position to capitalize on decades of expertise in a number of markets to make new products possible. It happened with the iPhone, which had six 3M films in it, something few investors know. 3M isn't the company you'll see grabbing headlines day after day, but it's more important than you think, and that position in our society makes this a dividend worth owning -- and one that has a high likelihood of being safe for the next century as well.