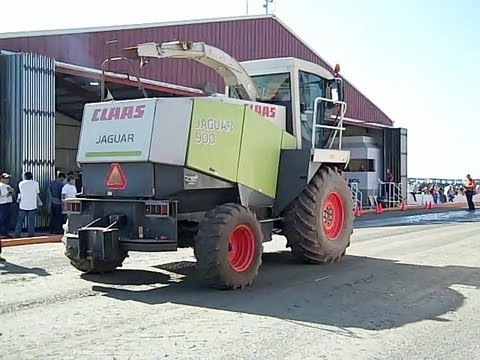 Bigger isn't necessarily better, having seen giants like Eastman Kodak and Lehman Brothers filing for bankruptcy in the past five years. However, Ritchie Bros. Auctioneers (NYSE:RBA), the world's largest auctioneer of used equipment, is one company that has become successful because of its size. Furthermore, it offers its customers a compelling value proposition, which grants it strong pricing power. Ritchie Bros. also shares certain characteristics with its peers C.H. Robinson Worldwide (NASDAQ:CHRW) and Columbus McKinnon (NASDAQ:CMCO) that make it an appealing investment candidate.

Network economics
As the largest global player in used equipment auctions, Ritchie Bros. benefits from the "network effect". As Ritchie Bros. sells the higher quantity of used equipment among its peers, its auctions draw the largest audience of interested buyers. This in turn attracts more sellers to its auctions, as they want to get the best deal possible for their equipment by selling in the most crowded marketplace.

The value of Ritchie Bros.' network of equipment buyers and sellers grows as it attracts more participants, The company has an impressive track record of strong growth; it has grown its revenues and earnings by 10-year CAGRs of 11.2% and 9.9%. respectively.

Similarly, C.H. Robinson, the largest domestic third-party logistics company, is a beneficiary of its scale and the resulting network economics. Shippers choose C.H. Robinson because it can aggregate the purchasing power of its large client base and deliver greater savings in shipping costs. On the other hand, cargo carriers prefer to work with bigger players such as C.H. Robinson to gain access to a wider range of freight opportunities and avoid capacity under-utilization.

This leads to a self-perpetuating cycle, where C.H. Robinson grows in line with the increase in the number of cargo carriers and shippers. It has expanded its top line and bottom line by 10-year annualized growth rates of 13.4% and 13.8%, respectively.

Value proposition
Ritchie Bros. generates revenues from commissions and income from fees charged to equipment sellers and equipment buyers. In 2013, its commission rate, as a percentage of gross auction proceeds, was 9.8%; while the income earned from fees was approximately 2.5% of gross auction proceeds. Ritchie Bros. has maintained high gross margins and operations in excess of 85% and 25%, respectively, for the past decade, suggesting a high degree of pricing power.

Since equipment sellers contribute a significant proportion of Ritchie Bros.' top line relative to buyers, let's explore why companies are willing to pay a premium of up to 10% of the sales price to sell their equipment through Ritchie Bros..

Everything is relative. While a sales commission amounting to 10% of sales price seems hefty on the surface, sellers are willing to pay up if they get a significantly higher sales price that compensates for it. There are a few reasons why Ritchie Bros. is able to achieve higher sales prices for its auctions.

Firstly, Ritchie Bros. boasts an extensive customer base of more than 500,000 potential buyers. It's estimated that close to six in 10 equipment sales are transacted by buyers from outside the region of the sale. A greater number of bidders results in more competition and consequently higher-priced bids.

Secondly, Ritchie Bros. has built a strong reputation for conducting fair and transparent auctions with a track record spanning more than five decades, which in turn attracts participants with genuine interest.

Thirdly, three-quarters of sales go to end users of the equipment; in contrast with middle-men and brokers who would pay significantly less to preserve margins.

Another industrial company which has delivered a similarly strong value proposition to customers is Columbus McKinnon, the largest seller of hoists and material handling products in the U.S. Its customers are dependent on hoists and other ancillary products to transfer loads from one point to another, in a shorter period of time with less labor.

Columbus McKinnon's customers are less price sensitive because of the cost savings derived from the increased productivity with using hoists and other lifting and positioning products. Moreover, its products don't burn a hole in customers' pockets; Columbus McKinnon derives 80% of its revenues from products with unit prices under $5,000.

Based on its internal research, half of used equipment sellers employed intermediaries for sale, while the other half engaged in private transactions because of their preferences for fixed prices. In response, Ritchie Bros. launched EquipmentOne, an online marketplace for private used equipment transactions in April 2013 to fill the void. This is expected to be a key growth engine for Ritchie Bros. going forward.

Foolish final thoughts
While Ritchie Bros. delivered an impressive 18% year-on-year growth in EPS and a 11% ROIC, it isn't resting on its laurels. Given its dual growth engine of both its core auction business and the new online marketplace EquipmentOne, there's good reason for investors to be optimistic that Ritchie Bros. will able to achieve its long term objectives of 15% EPS growth and 15% ROIC in due course.