Sales of new single-family homes flew through the roof for May, jumping 18.6% to a seasonally adjusted annual rate of 504,000, according to a Commerce Department report (link opens a PDF) released today.

On top of last month's unexpectedly strong 425,000 rate, this latest report served up another surprise for analysts, who had expected a rate of just 441,000 for May. The U.S. hasn't seen new-home sales this high since May 2008. 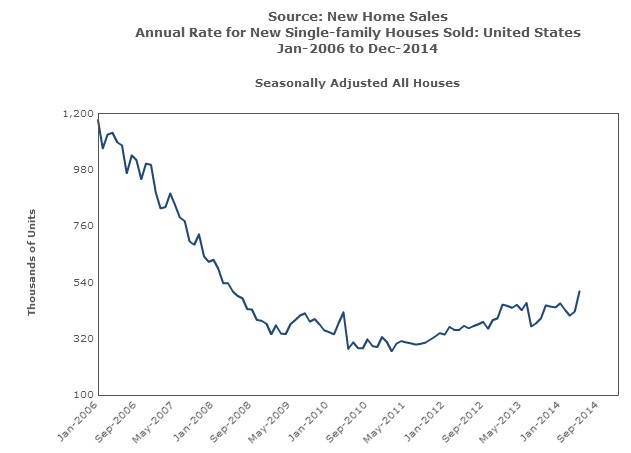 On a regional level, everywhere except the Midwest experienced strong month-to-month gains. Northeast sales soared 54.5%, followed by the West's 34%, a 14.2% rise in the South, and just a 1.4% bump in the Midwest. In the past 12 months, national sales of new homes are up a similarly strong 16.9%.