Jonathan Cook
(jccookauthor)
Author Bio
Jonathan Cook is a former software engineer who decided to get out of the corporate rat race. Long ago he took on the attitude of long term investing and now enjoys pursuing his dreams in early retirement. He periodically contributes to the Motley Fool.

Two recent announcements in the power distribution arena indicate that the quickly changing mix of electric power generation is going to affect the producers, customers, and everyone in between.

And more solar capacity is coming on-line due to California's 2020 renewable energy goals. 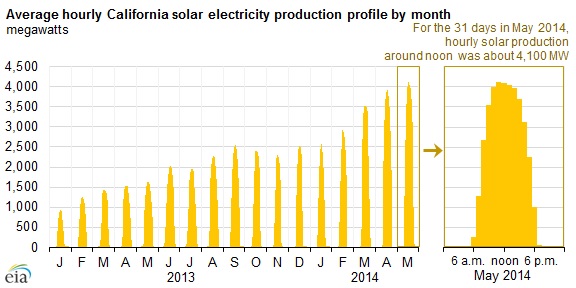 In addition, the Massachusetts Department of Public Utilities has issued new orders to modernize their electric grid:

With these orders, Massachusetts is the first state in the nation to require electric distribution companies to take steps to modernize the electric grid, according to state officials.

Each of these announcements is just the latest buzz in a flurry of activity that is taking place in the power generation and distribution markets. Like it or not, regulation and market incentives are altering the power map.

Grid storage is key
A key element in all of this is the implementation of large capacity utility grid storage systems—or big batteries. One example, pumped hydro storage, has been in place for decades and is a proven performer but requires large initial investments, unique sites and years of approvals, permits and construction. Furthermore, smart grid technologies indicate a favor for high capacity, embedded, small footprint storage devices. These can implement a number of technologies, but are basically large, quick response batteries distributed throughout the grid, allowing the system to rapidly adapt to changing generation and consumption levels.

While there are many privately held start-ups in the market, each vying for their piece of the economic pie, if the past is any indication most of these will eventually fail or be bought out by the big players. These include such giants as General Electric (NYSE:GE), which has already been active in the arena with its past acquisition of Beta R&D and its cooperative agreements with Arista Power and Xtreme Power. GE's Energy Storage division currently offers megawatt scalable storage that integrates with existing grid management systems. GE's Schenectady, New York plant gives it the U.S. based manufacturing facilities to meet demand.

Regardless of the market drivers, grid power storage is critical to the future of both unpredictable renewables and the smart grid build out. The small innovators are driving the technologies, but the big players are already sponsoring them and will likely absorb them in the future, integrating their innovations into their bottom line.